On Friday 14th July 2017, 110 young people taking part in a week-long National Citizens Service residential with Young People Cornwall came to the National Maritime Museum Cornwall, in Falmouth, as part of their Bronze Arts Award activities.  For Bronze Arts Award, young people take part in arts activities, respond to the arts as audiences members, learn about the work of artists and share an arts skill with others. 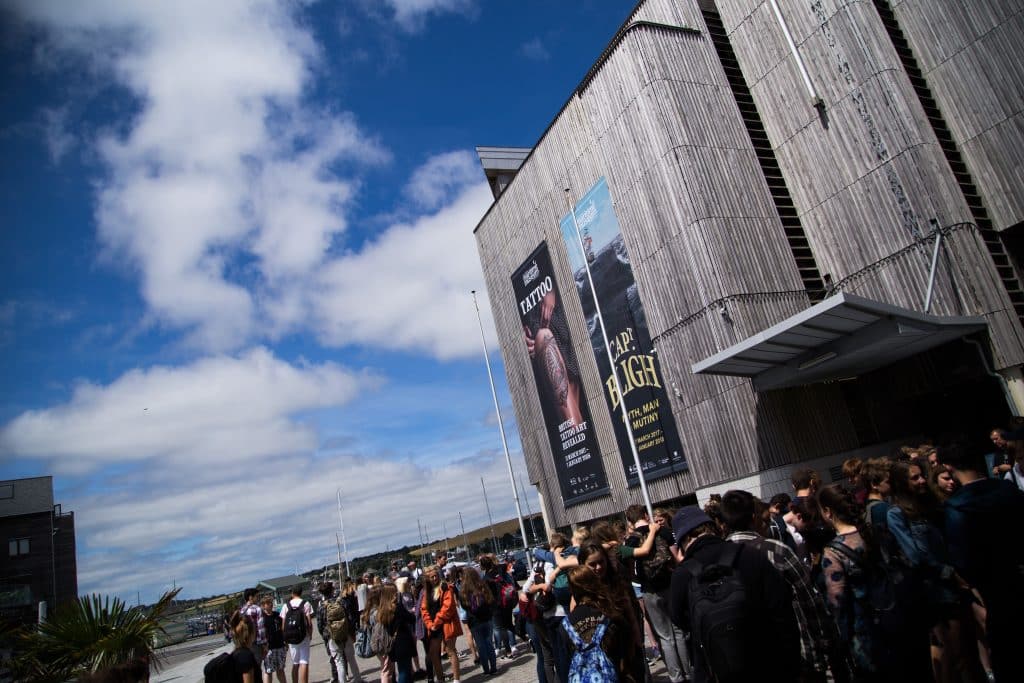 ‘Like many museums, we struggle to attract young people outside of school and family groups, so this was a fantastic opportunity for us to try something new and, hopefully, relevant for this under-represented audience.  We’ve also found it difficult to get young people to think of the museum as a arts resource, so this was a double win for us and something we would like to build on,’ said Stuart Slade, Head of Public Programmes at National Maritime Museum Cornwall.  ‘The museum is planning a major re-development of its galleries and its vital for us to listen to young people’s voices, needs and interests and respond to what they say.’ 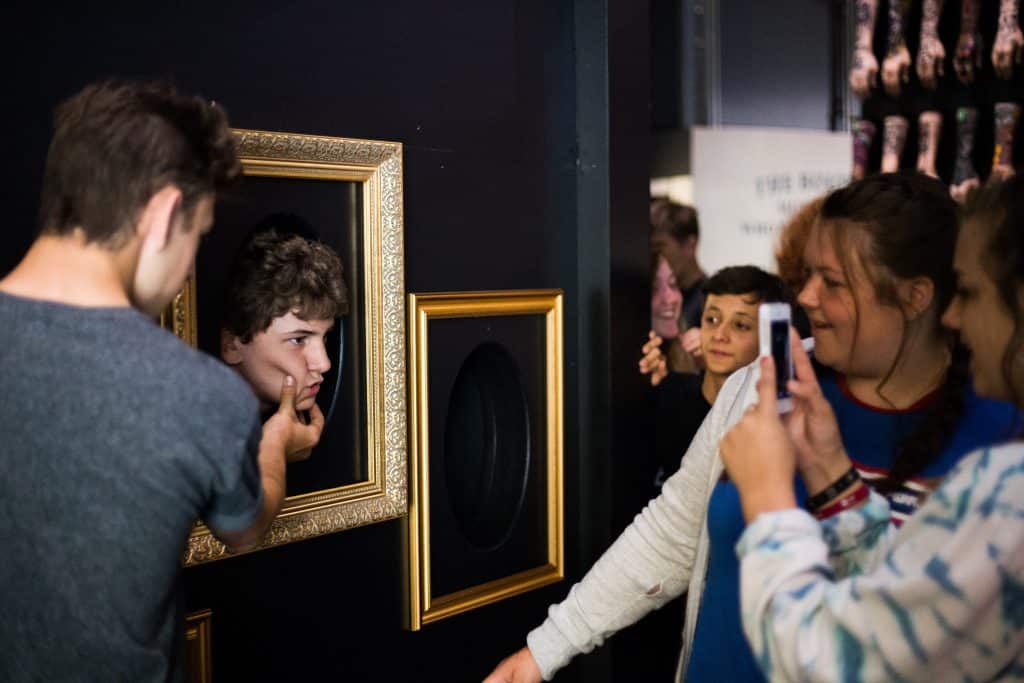 Donna Hobday, from Young People Cornwall, explains the value of the museum visit:

‘What appealed to us about the NMMC’s Tattoo exhibition was not just its subject matter  – which is very popular and populist – but the fact that the exhibition challenges stereotypes about tattooing both as an art form in its own right, and about the people who have been tattooed.  We felt that many young people would respond to this questioning, non-establishment approach to an art form that has not been taken seriously by museums before. It was brilliant that the Museum was able to bring in a young tattoo artist Ollie Streeter from La Familia Tattoo in Newquay, to talk about his work.’ 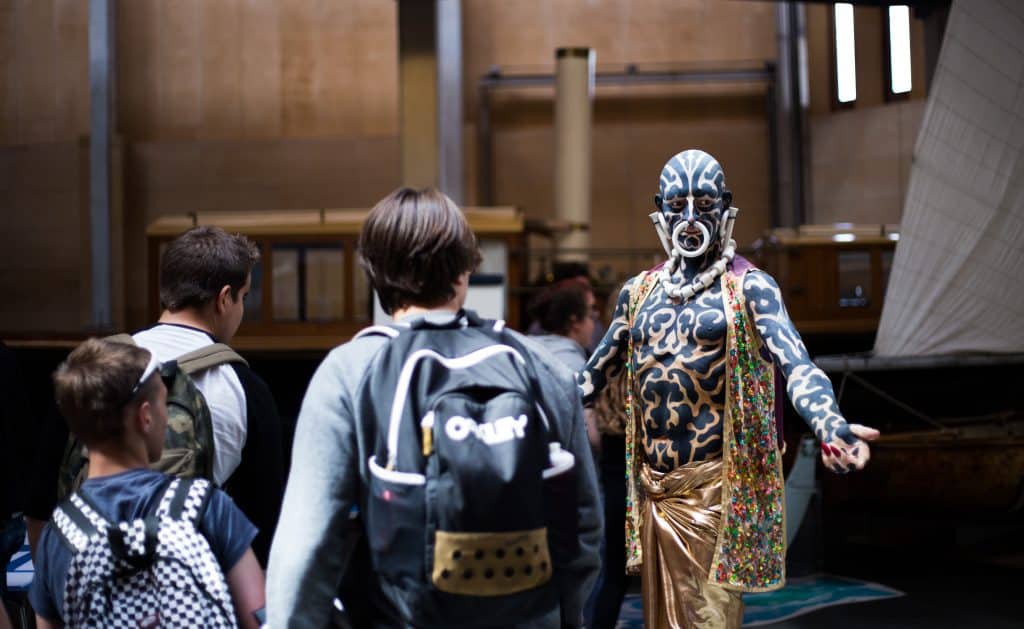 Ollie gave a talk to the young people about his career path, before going into detail about what makes a successful tattoo design.  Demonstrating the importance of strong lines, shading and the use of colour he then supported workshop participants in creating their own designs.

‘I was a bit nervous beforehand, as this is not something I’ve done before as a tattoo artist.  But the young people were really receptive and curious about tattoo design,’ said Ollie. ‘They asked lots of intelligent questions, and really explored the design opportunities I gave them.’ 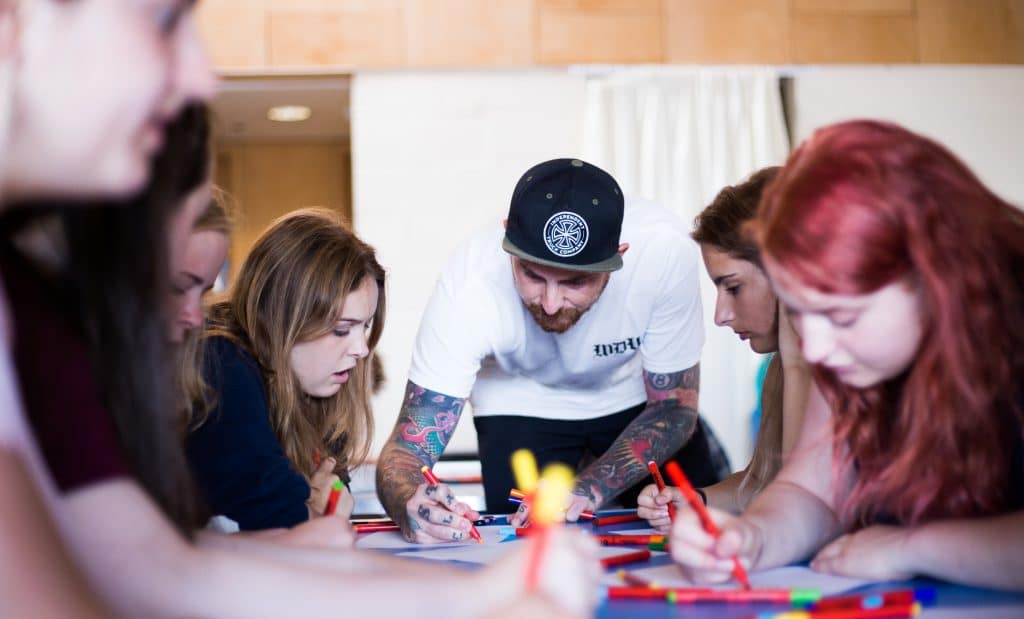 ‘The workshop, tour and activities put on by National Maritime Museum Cornwall were a really great example of an Arts Award Supporter offering a high quality experience for young people. This was a large group, and it took place during normal opening hours, but the planning that went into it ensured that it ran smoothly and was a positive experience for all involved,’ said Jemima Hurlock from RIO, the Arts Council England Bridge Organisation for the South West.

‘It was cool when the tattoo artist got us to think about lines and colours for designs on skin – really interesting.’