At the entrance to Monsters of the Deep a huge menacing eye keeps watch. You may have spotted this same eye on billboards, on the backs of buses and on bus shelters across Cornwall. The eye was specially designed and created for the exhibition by A-Side Studio and Engine House Animation Studio – two companies based right here in Cornwall.

Craig Rothwell from Engine House Animation Studio tells us about the process of making the monster.

Monsters of the deep was an epic project. It originally came about after being approached by A-Side Studio. They had some great ideas for Monsters of the Deep that was unrolling at National Maritime Museum Cornwall. The Museum was after a set of videos, posters and a giant animated projection for the exhibition.

We received some wonderful concept sketches from A-Side Studio which influenced the direction of the creative. It was decided it should be lit by bioluminescence, which heavily influenced the animations and posters that developed from it. 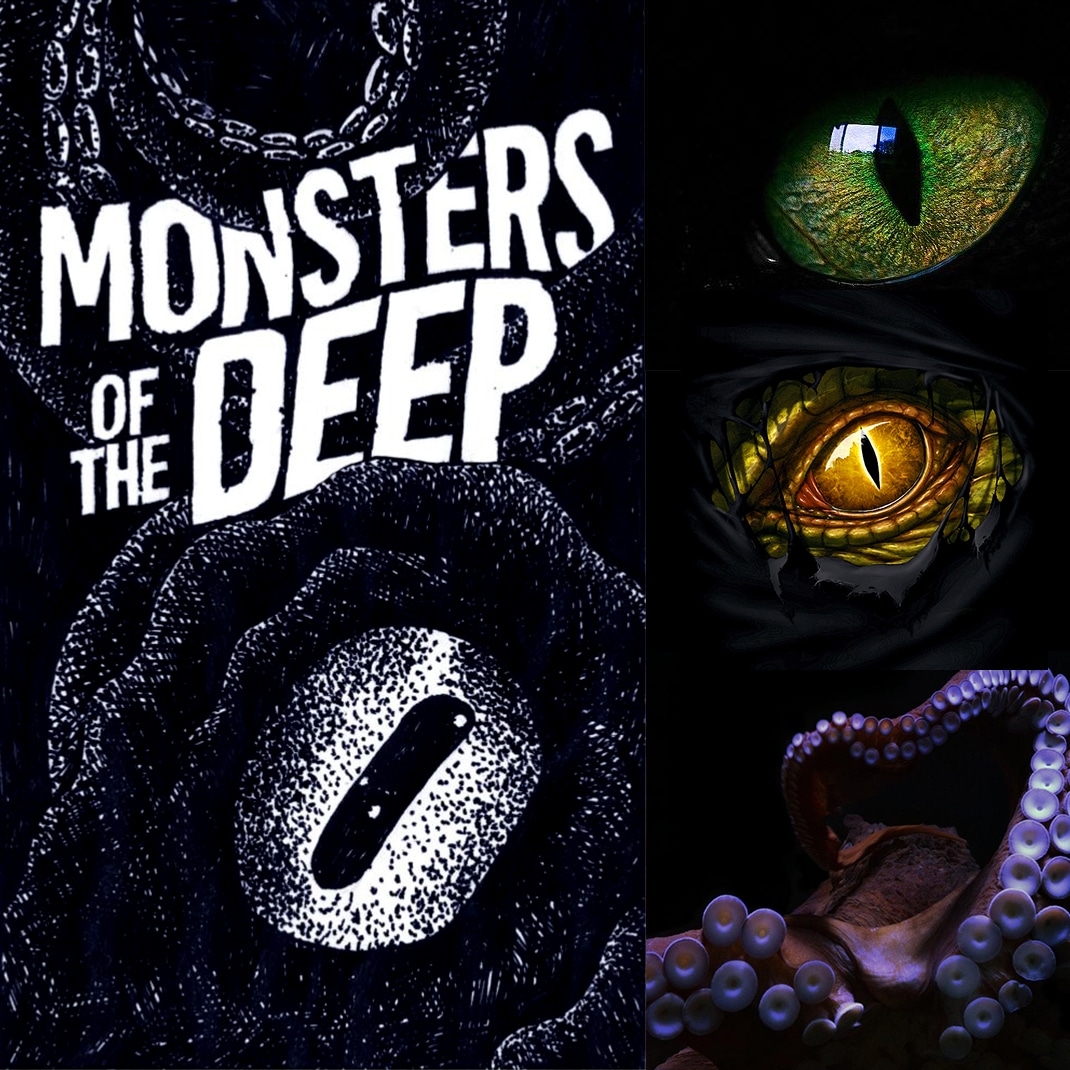 As is the case with most of our work we try and get a working concept going very quickly to allow us to get a clear vision of what will work and what won’t. This allows everyone to visualise the creative direction early on as words can be misinterpreted. Lots of research was done into squids, octopuses and eyes from various other creatures to try and get that feeling of something watching you. We got a couple of base models of octopus tentacles and eyes and started to rough out the layouts.

Once we had these it started to become a working process of sculpting in Z-Brush, think digital clay, to refine the look of the monsters skin.

With this project one of the biggest challenges was the sheer size of the renders (computer graphics), it needed to hold up on a large scale projection – and the banners that hang on the front of the Museum are 10 meters high!

There were no simple texturing options as the texture resolution needed to be extremely large. We started off sculpting the details in Z-Brush (a 3D digital sculpting programme) to give us the bumpy warty texture we were after. We added colour using another program called 3D Coat (a 3D digital texturing programme). However, once we started lighting the monster it was soon realised that to get the fine details, and to allow us to change it quickly, a more procedural approach was to be taken and this is where Octane came in. 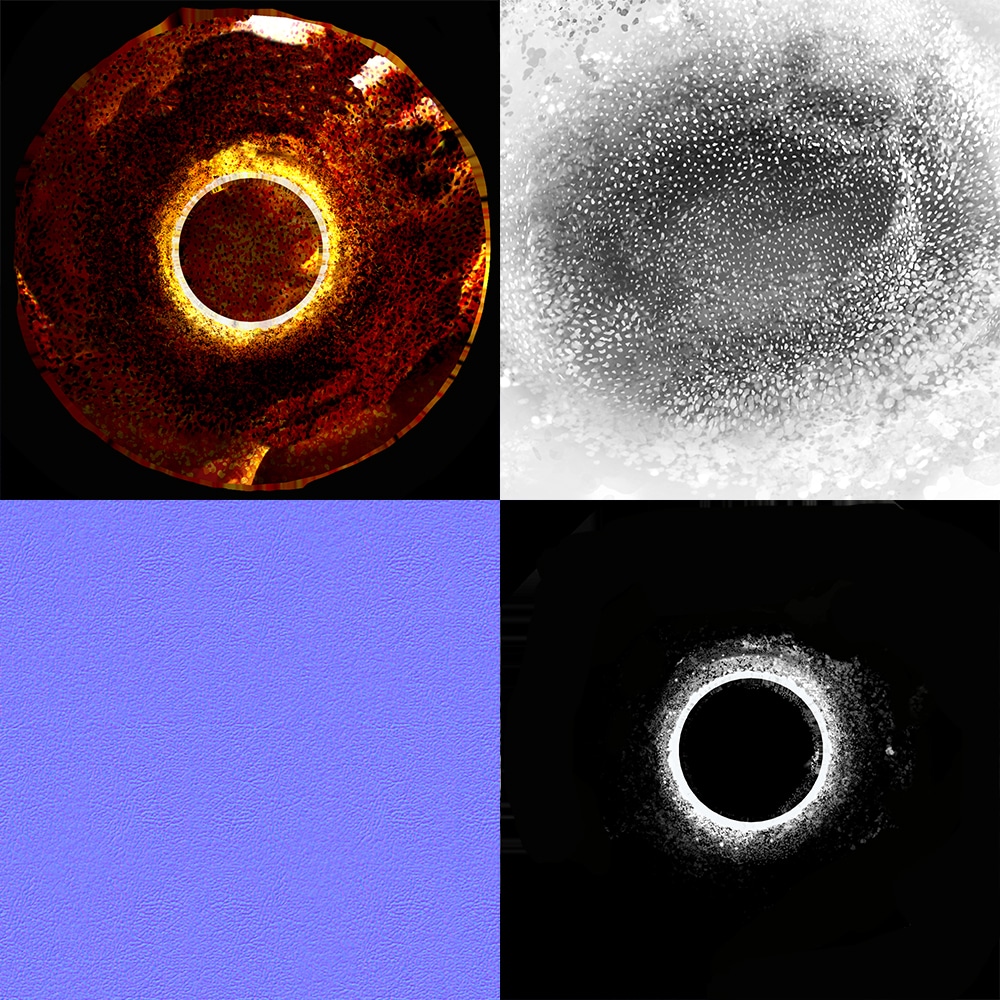 Octane is a high end render engine that allows lighting to be updated in near real-time, and the scales and textures could be manipulated on the fly. By fusing the broader details sculpted in Z Brush and 3D Coat with the finer texture detail in Octane we got the look we were after.

The lighting process evolved with a fusion of compositing (bringing all the visual effects together in one digital document) in After Effects (a digital effects programme). We looked to create an ominous feeling where the focus was all around the eye. We spent quite a bit of time playing with different variants of the eye to create a sense of emotion and character.

Once we had achieved the look we animated the monster eye to interact with the audience, slightly inquisitive but always watching.

Finally, with all the key elements in place, we rendered the images and composited them together – fusing underwater bioluminescence particles, light rays and enhancing details to give the final dramatic look. 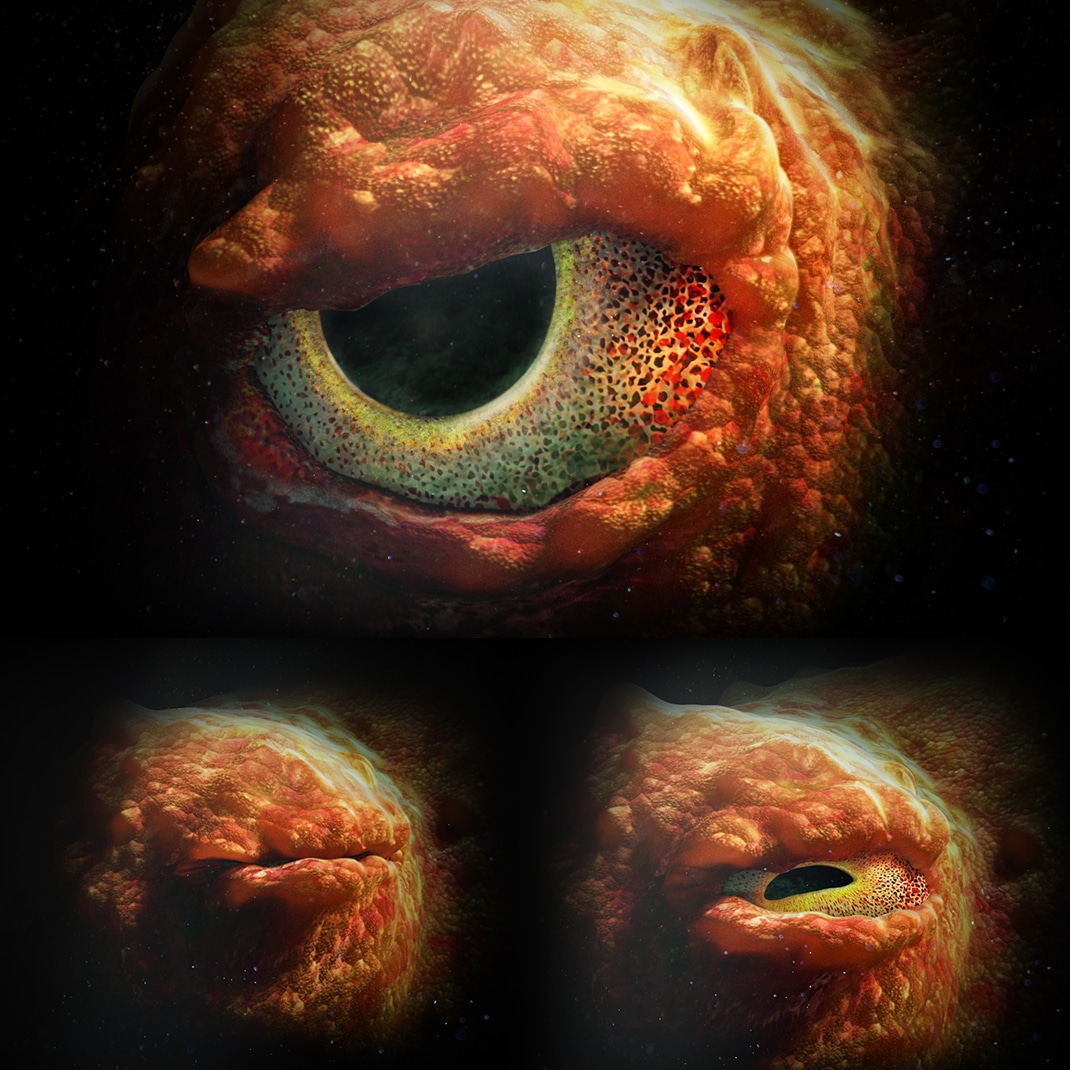 Thanks Craig for taking us through the process of making a monster! A mix of superb creative talent and a deep understanding of software programmes are clearly key. If someone reading this wanted to get involved in your industry, what’s the best route for them?

Personally I trained at Falmouth University in Digital Animation. However if you are an extremely driven and motivated individual there is nothing stopping you from teaching yourself at home. You will need a portfolio of work, or a show reel, and if you have talent, this will shine through.

If you would like to find out more about Engine House Animation Studio or A-Side Studio pop along to their websites.