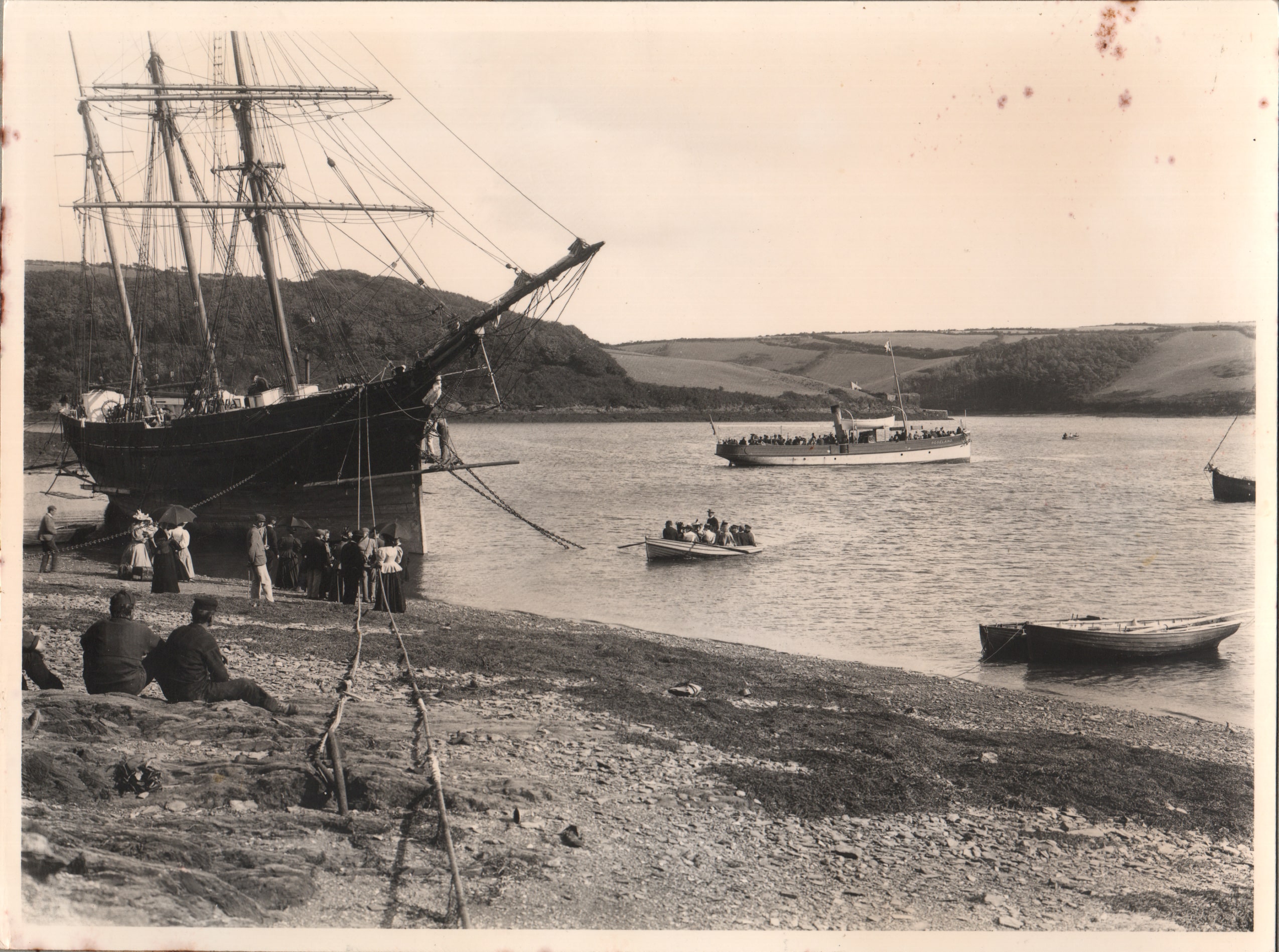 A photograph from the archive of the Roseland steam passenger ferry, built in 1886 by Cox & Company of Falmouth is seen disembarking passengers at Percuil, near St Mawes, who were rowed ashore in a small boat. The three-masted sailing ship is the Bessie Dodd of Falmouth, built in 1874 at Barnstaple and there is a swinging stage all around the ship with men carrying out maintenance work on her. c1900. © NMMC

Roy was born in Malpas, near Truro on 3 July 1933, the second son of Ivy and Frank Stribley. He grew up in Cliff Cottage at Malpas overlooking the river and spent most of his free time in childhood playing with friends on the river.  His time there led to his love of boats and shipping which stayed with him into adult life, and he became well known as a historian of all things to do with the River Fal and its shipping. This very detailed map of the River Fal was hand-drawn by Roy Stribley with the help of a local man called Richard Burnett of Porthkea who had worked on the river all his life. Roy spent every Tuesday evening for several months in early 1980 with Richard to record the names of places he could remember. © NMMC.

He had started making model boats and keeping a record of shipping in the Fal when he was a schoolboy and this hobby continued throughout his life.  He was a passionate and skilful model maker and during his lifetime he made hundreds of models both of Merchant and Naval ships, but his main and most prestigious models were of the ferryboats which serviced the Fal. He also spent much of his spare time at the river taking photographs and filming the boats and ships laid up in the Fal, along with the boats which worked the river and Falmouth Docks. It is this excellent and comprehensive photographic record of shipping in the Fal which makes up the Collection. 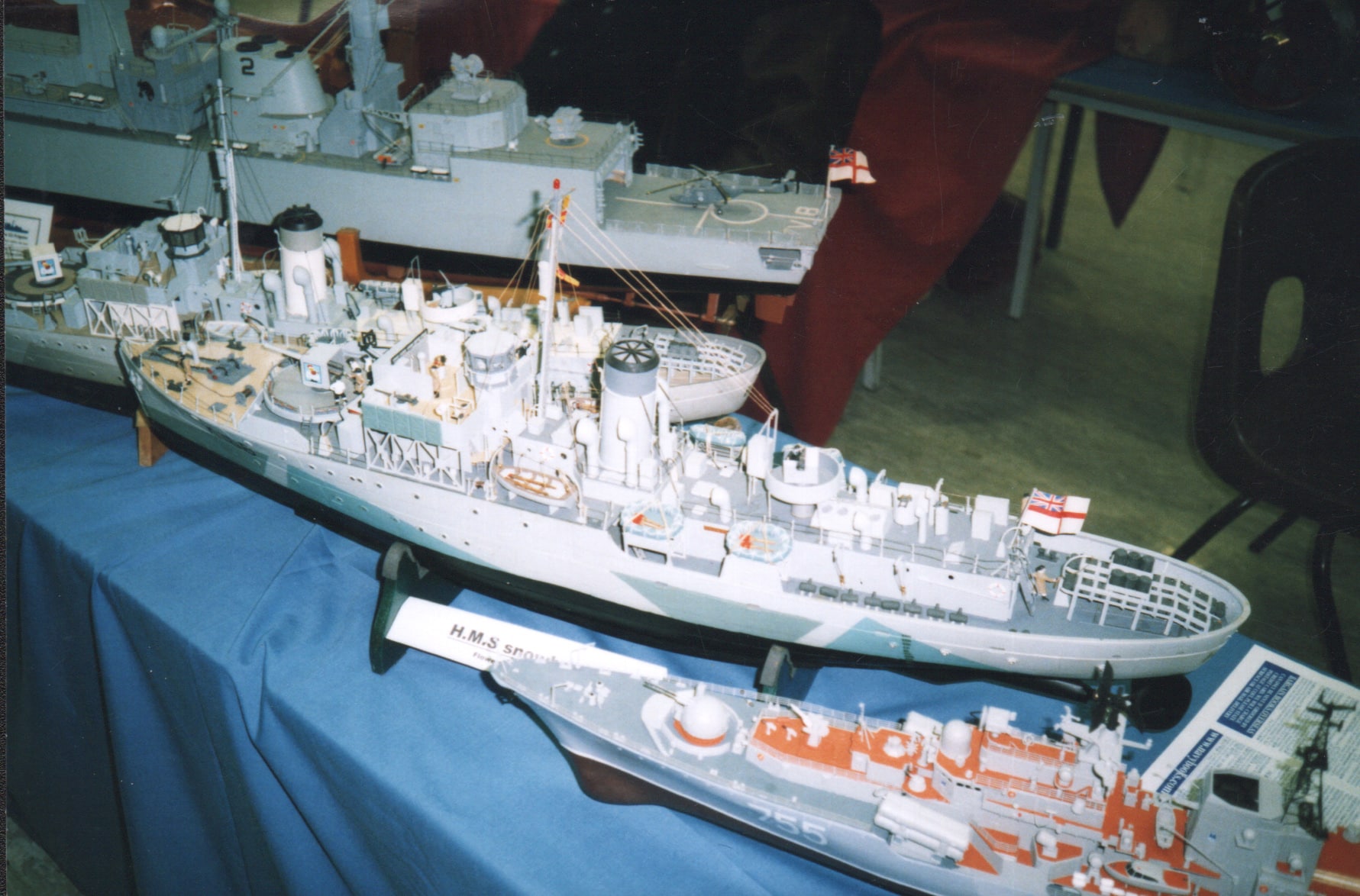 The Collection came to National Maritime Museum Cornwall in Falmouth on 22 May 2015 and was given by the Stribley family in memory of Roy. The images are being digitized to preserve them.

Work commenced on digitizing the collection on 23 October 2015 and is being carried out one day a week by a Bartlett Library volunteer who has been working on digitizing various archive photograph collections for over 11 years.  The Stribley Collection is by far the largest and is a work in progress.

Each image has been numbered, measured, cleaned with a soft brush, and then scanned and saved in both high and low-resolution formats.  All the information is entered onto the Museum’s archive database. Many of the images have been annotated on the reverse by Roy and this information is also included on the database. The completed images are packaged in acid free clear pockets and stored in archival quality boxes.

At the time of writing (October 2021) over 7,800 images have been digitized and there are likely to be in the region of 10,000 images in this Collection.

List of Shipping laid up in the River Fal

Roy gathered information on the shipping laid up in the Fal for many years and produced a comprehensive list giving the names of each ship laid up from 1920 to early 2013, together with the dates of their arrival and departure from the river.  This list has been invaluable in providing extra information for inclusion on the Archive Database and is another example of his meticulous record keeping skills.

Aspects of the Collection

The images within the 32 Albums cover the period from 1890 to 2013 and include photographs by Francis Frith and early albumen contact prints.  The number of images in each album varies enormously from 78 in the first album to over 500 in another and consists of photographs, postcards, and newspaper cuttings.

Roy wrote inside Album 3 that he had started collecting the photographs in about 1967.  Many of the early photographs were purchased and some given by friends, particularly his good friend, Keith Hancock.  On the back on an image in Album 6, Roy wrote ‘A lot of the photos in this book were given to me by Keith’s son, Sandy’. 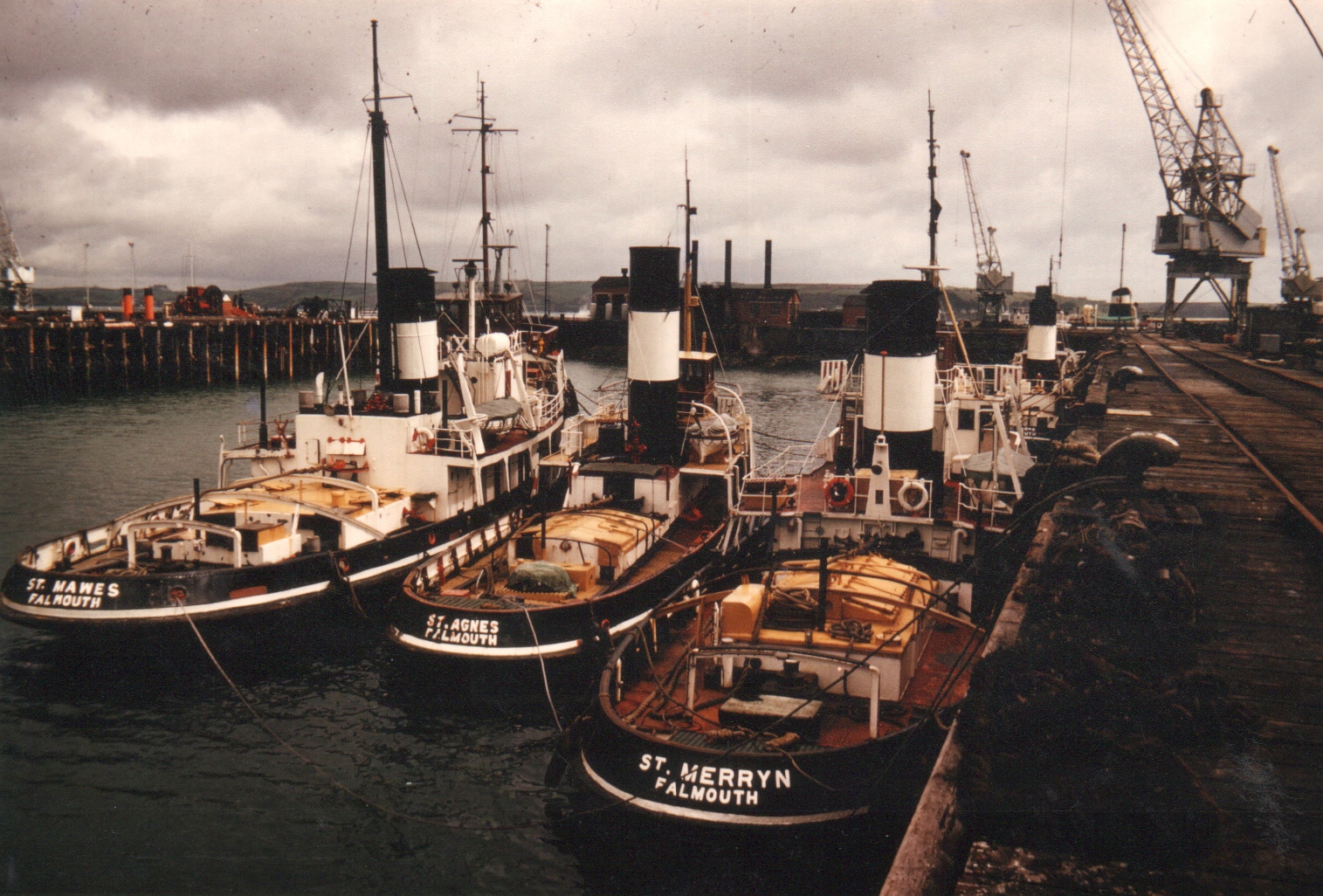 Thousands of the photographs of the ships laid up in the Fal were taken by Roy from the fields lining the river, from the shoreline and from boats. 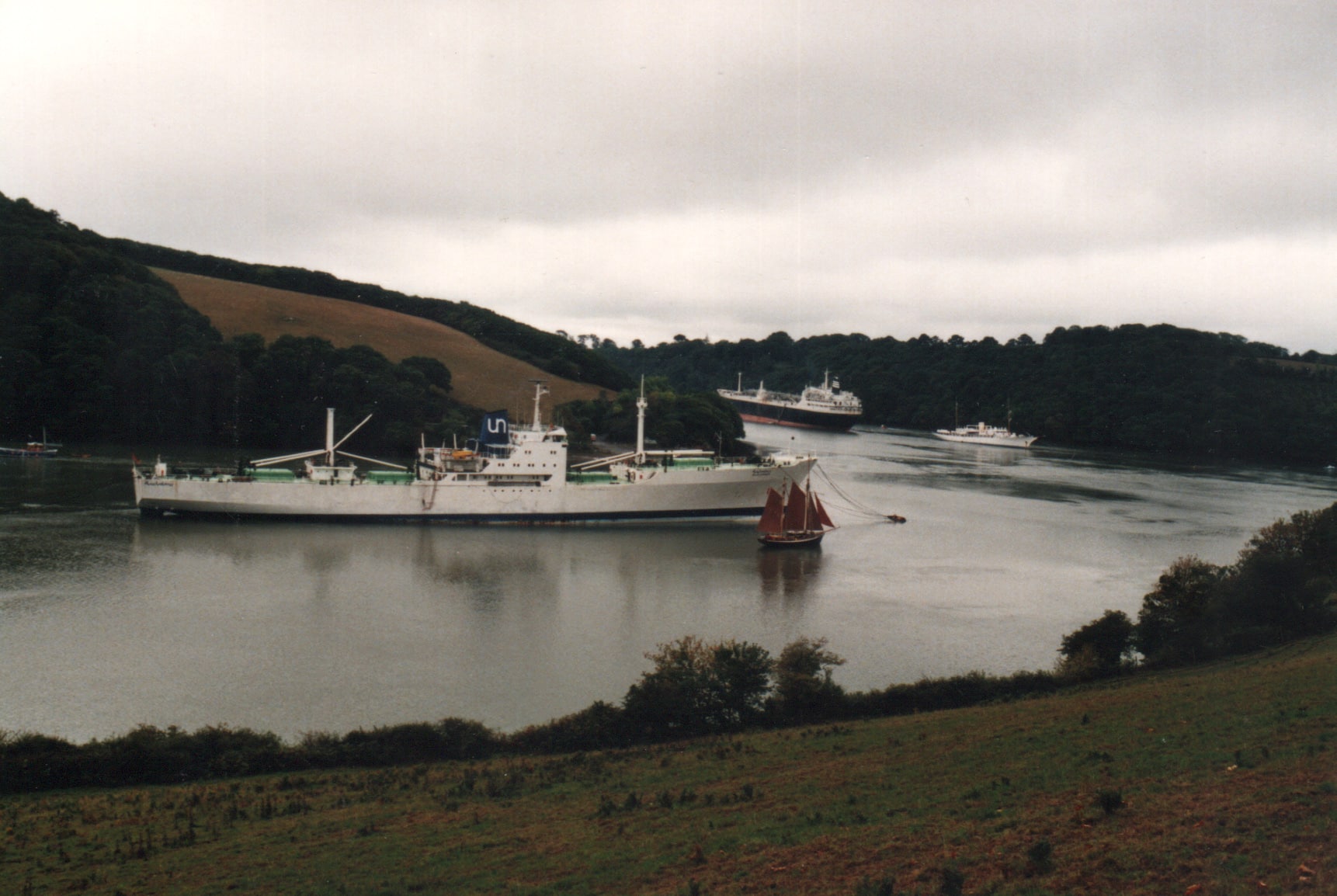 Photograph taken by Roy Stribley during 1989/90 showing Sijilmassa, a Reefer which was converted to a livestock carrier, Methane Princess, one of the first purpose-built LNG (liquid natural gas) carriers, entering service in 1964 and used to transport natural gas from Algeria to the UK, and steam yacht Jezebel (later Talitha) that was laid up from 16.5.1988 to 25.1.1991 when she was purchased by reclusive billionaire, Paul Getty. © NMMC.

The variety of maritime subjects covered is enormous and includes the passenger ferries of the Fal and St Mawes, tugs from Falmouth, Fowey, Torpoint and Plymouth, and ships laid up in the Fal.  There are postcards of various ports and harbours, and photographs showing Dutch merchant ships laid up in WW1 with dazzle camouflage, oil rigs, car ferries, Cutty Sark and Foudroyant, the King Harry ferries, Scillonian ferries, Naval ships, and Merchant shipping of all descriptions, making the Stribley Collection one of the most wide-ranging photographic archives of shipping in the River Fal.

The Bartlett Blog is written and produced by the volunteers who staff The Bartlett Maritime Research Centre and Library of National Maritime Museum Cornwall. The Stribley Collection was written by Lynne Vosper, who has been working on digitizing the archive. The article also includes biographical information provided by Roy Stribley’s family.