Five Fearsome Monsters of the Deep

Below the glistening surface of the sea, lurking down at the extreme depths of the ocean are hair-raising, toe-curling, horror-making monsters. With deadly weapons and carnivorous appetites, the deep-seas can be a terrifying place.

With the help of the National Oceanography’s Centre’s Discovery Collections, we explore some of the most fearsome monsters from the deep in our latest major exhibition Monsters of the Deep. We’ve selected some of the most gruesome below. Dr Tammy Horton from the National Oceanography Centre with a fangtooth fish from Monsters of the Deep.

Angler fish have huge mouths full of sharp inwardly pointing teeth to help capture prey, which they attract using their long, glowing lure as bait, hence the name. In some species, the males are very small in comparison with the females, and live as permanent parasites on their mates.

With a tail like a rat, teeth like a rabbit, nostrils like a mammal, and a swimming ability more akin to the flight of a bird, it is clear why these fish are known as ghostsharks. 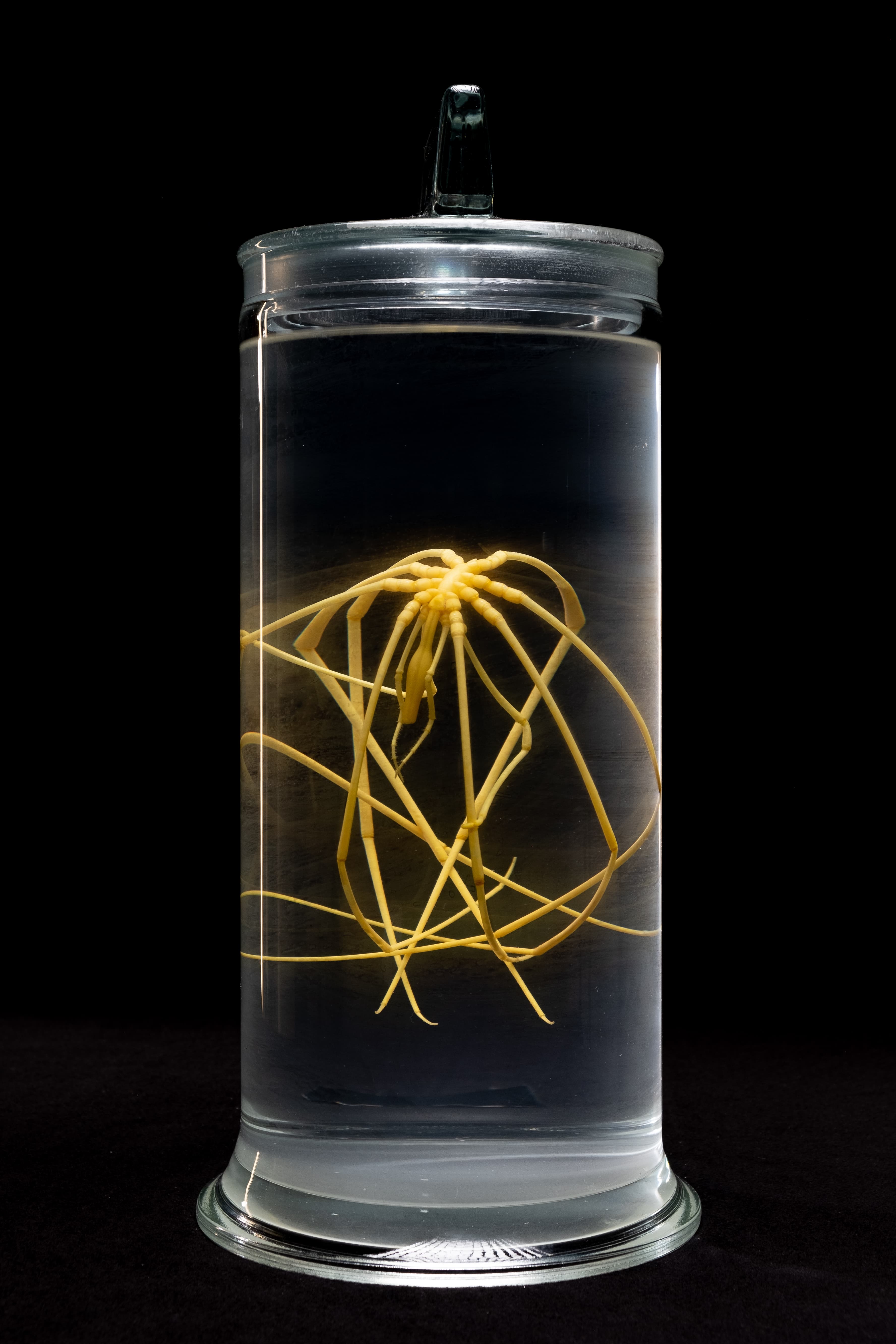 Arachnophobes beware! The giant sea spider has eight legs and can have a span of up to 75cm. But they’re not technically a spider as they don’t have venomous fangs.

Viperfish have extremely long, needle-like teeth and hinged lower jaws. When the jaw is closed, the teeth fit together to form a ‘cage’ in which prey can be trapped. The teeth are so large that they do not fit inside the mouth and instead pass outside the head, close to the eyes.

The most noticeable thing about the fangtooth fish is its mouth full of needle-sharp teeth, including its huge front fangs, which is how it got its name. The fangs on the lower jaw are so large that it can’t close its mouth in the normal way. The fangs actually slide into specially formed pockets in the roof of the mouth when the jaw is closed. These pockets extend into sockets on either side of the brain. Fangtooth fish are voracious predators. The Monsters of the Deep exhibition at National Maritime Museum Cornwall

Monsters of the Deep

These five fearsome monsters can be seen in the Monsters of the Deep exhibition, along with many other strange and wonderful deep-sea creatures and specimens. The exhibition runs until Sunday 8 January 2023.