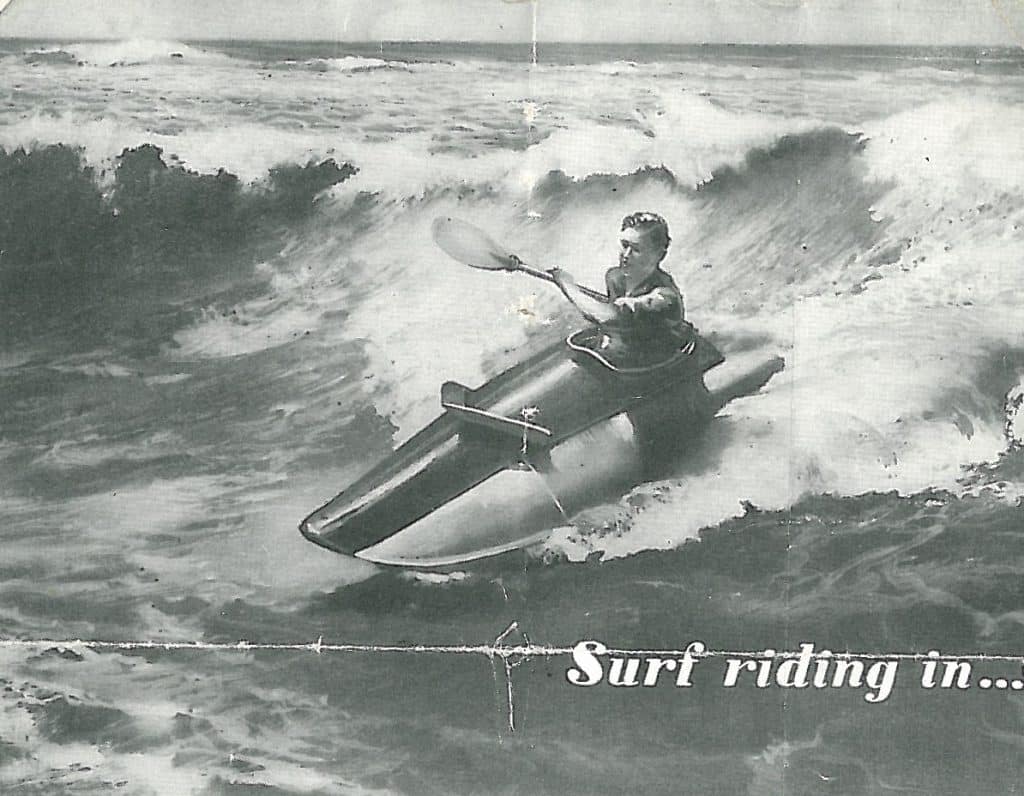 There is nothing new about the idea of a folding boat. Some of the Titanic’s lifeboats were folding boats and were successfully launched before the ship sank, but any lifeboat associated with the Titanic probably would not have received rave reviews so not many were built.

Folding boats present all sorts of challenges to their designers, not least of which is trying to make the whole craft watertight without collapsing at the wrong time.

Fairey Marine, an offshoot of the highly successful Fairey Aviation Company was formed just after the Second World War. It was the first company to mass produce one-design craft, in the form of the Firefly dinghy, using the same hot moulding (glue and plywood) method that was used in aircraft production. The first Firefly dinghy ever built in 1948 is now owned by the Museum.

During the 1950s Fairey Marine decided to build a production folding boat, a cross between a canoe, a dinghy and a punt. The company’s bold claim was that the boat was “ingenious in design, robust in construction and yet streamlined for easy paddling”. The additional claim that the boat could be assembled in less than 5 minutes was hugely optimistic, half an hour being nearer the truth.

Plywood and waterproofed canvas construction, the boat was certainly very robust, with individual sections being bolted together and stiffened with removable bulkheads. Fore and aft shaped sections were added for better performance through the water. Additional sections were available so the boat could seat from one to four persons. There was even a rigid deck spray cover so it could be used for surf canoeing. Each of the many component parts was carefully engineered to fairly fine tolerances – using skills learned from aircraft production – and when fully assembled the result was a very rigid craft.

One disadvantage was the boat’s weight, requiring at least two people to lift the pre-assembled kit, making this a rather specialist craft for the car owning minority of the 1950s.

It’s not known how many of these boats were produced by Fairey, but they are now few and far between. The Museum’s boat was owned by its donor and his father from new in the 1950’s, and was used by both of them regularly. Its good condition is a testament to the care it has received over the years and the engineering methods used in its construction.