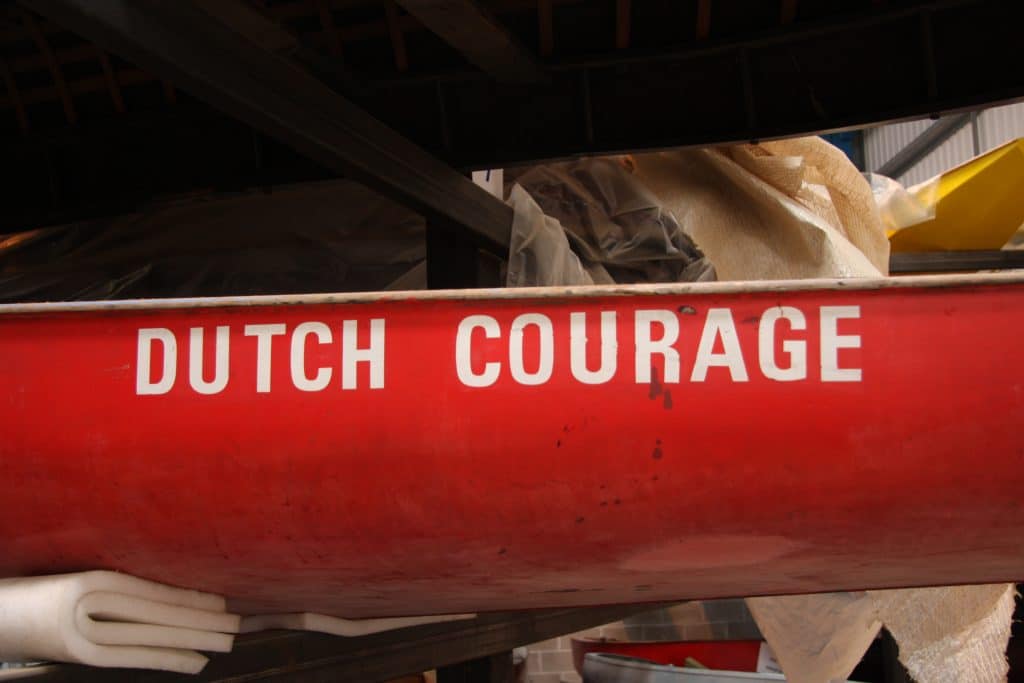 In 1980 the Flying Dutchman class claimed to be the fastest two man centreboard dinghy in the world and even today it remains a very fast design.

It originated at trials by the International Yacht Racing Union in 1954, soon achieved international status and was subsequently used for the Olympic games from the 1960s through 1992. Its initial development was all done in the Netherlands which gave it name to the design.

Sailing a Flying Dutchman called for a skilled partnership between helm and crew as it planes readily and has a large sail area of 200 square feet, with the mast fitted with twin trapezes. Initially it was deemed too powerful for use on the open sea and was designated for racing use on inland lakes only, but as the seaworthiness of its design became apparent this limitation was lifted.

This particular dinghy, Dutch Courage, was built in 1955 however its racing career is not known at present.