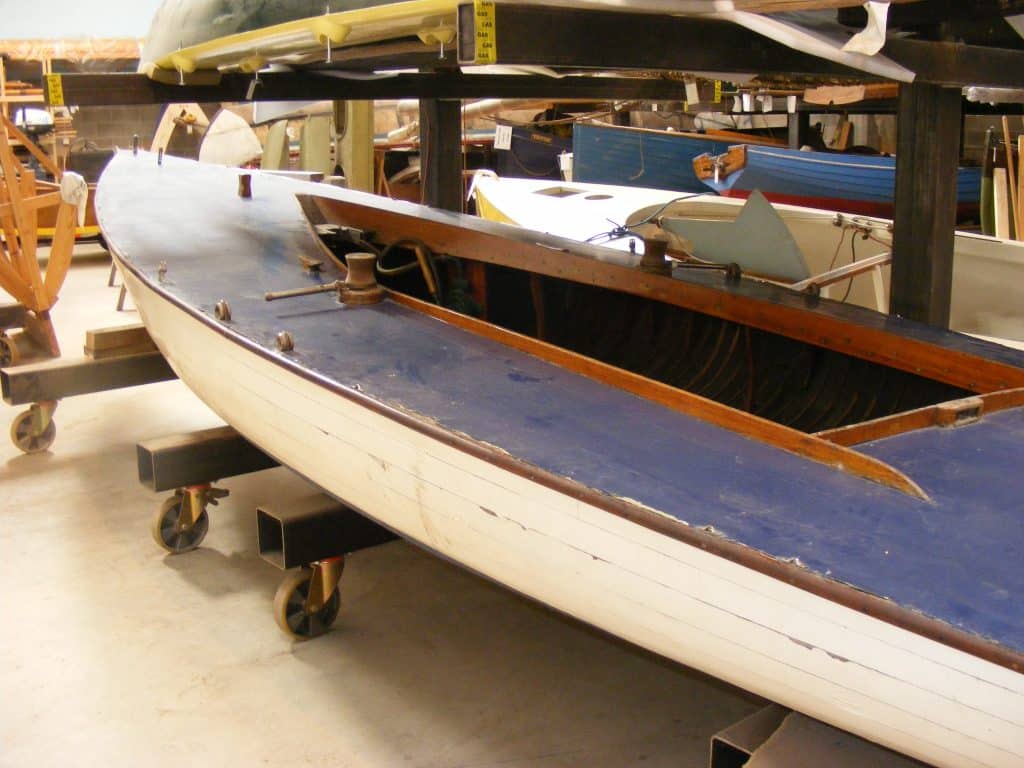 In the late nineteenth century Charles Sibbick, based in the Isle of Wight, designed and built a series of racing keelboats that became known as Sibbick Raters. These boats, with their fin and bulb skimming dish design were both fast for their time and exciting to sail. It was perhaps the memory of these boats that led Sir John Field Beale, chairman of the Yacht Racing Association (YRA) dinghy committee to remark to Uffa Fox in the years before the Second World War that there was an unmet need for a planing keelboat of exciting performance which would appeal to keen sailors who no longer wanted to risk capsizing.

After the war, with the 1948 London Olympics pending, the YRA commissioned a competition for a new racing One-Design keelboat, “a fast and lively boat – easy to handle and cheap to build” for the yachting events to be held in Torquay. Uffa Fox, an admirer of Sibbick’s designs, drew up the lines of a boat to be “similar in action to …light and lively centreboard boats…but easier to sail.”

The design did not meet the parameters set by the YRA in several respects so was always a non-starter for the intended Olympic class, but Fox’s Pensive Temptress proved the fastest of the four boats on trial. It was a boat of great appeal in the view of the YRA Keel Boat Committee and estimated to be capable of planing speeds of around 11 knots, though very wet to sail. Nevertheless at the end of the trial it was Toucan Too, a boat, designed by the amateur designer Tom Thorneycroft, now the Swallow class, which was chosen and was used for the Olympics, though it was replaced in the 1952 Olympiad by the Star class.

Fox went on to further develop Pensive Temptress’ rig and sails – leading her to become known locally in Cowes as Expensive Temptress – before she evolved into the original Flying Twenty. With the post war growth in car ownership an important feature of her design was the removable keel, facilitating easy trailing of the boat to race meetings around the country, even with the anticipated possibility of borrowing a keel on arrival.

Fox went on to design a number of other Flying series boats, varying in size from the Flying Ten at 14 feet overall length (the 10 refers to waterline length) right up to the Flying Thirty Five, a 48 feet long cruising boat capable of planing – “a rather terrifying experience” according to Uffa Fox himself. Nevertheless it was as the forerunner of the enormously successful Flying Fifteen that the Flying Twenty is perhaps best known.

Pensive Temptress was sold by Uffa Fox to brothers Alfred and Cyril King of Norfolk, reputedly because he was short of money at the time and wanted to buy a piano. In 1968 she was purchased by Jim and Geraldine Smith who fully restored and raced her on Oulton Broad, until Jim Smith died suddenly in 1987, and in 1989 she was presented to the National Maritime Museum.