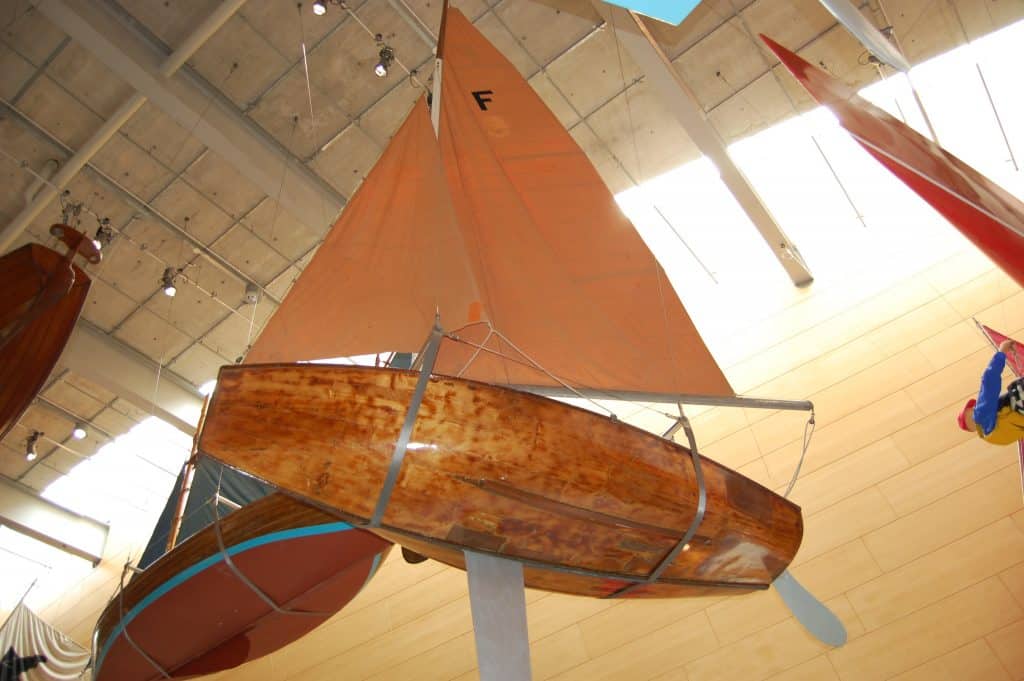 On Sunday May 5th, 1946, the final race for the Henley Challenge Cup was sailed in cold conditions with a strong north easterly wind which capsized several boats.

It was a good opportunity to test the prototype of the Firefly Class, which was making its first public appearance, and racing against a fleet of National Twelves. Sailed by renowned dinghy sailor Charles Currey, who was competing against the likes of Beecher Moore and Jack Holt and sailing the Firefly for the first time, Currey and his crew put up a great performance and came second.

During 1938 the sailing clubs of Oxford and Cambridge Universities asked Uffa Fox to design a dinghy similar to the National 12, but a one-design and more suitable for team racing. The design was completed in 1939, just as the second World War commenced, and the design, known as the Sea Swallow, was shelved.

At about the same time a director of the Fairey Aviation Company, Colin Chichester-Smith, was developing plans to mass produce a sailing dinghy employing the same methods used to construct wartime aircraft such as the Mosquito and the Horsa Glider. The process was known as hot moulding which consisted of glueing veneers of timber together on a shaped mould, and curing the assembly using electrically heated bands which held everything in place. The resulting laminated plies were very stiff, strong, waterproof and highly resistant to rot.

In 1946 Uffa Fox was asked by Chichester-Smith, together with Stewart Morris, to design a one-design twelve foot dinghy. Charles Currey was also moving to Fairey to develop the marine section at the Hamble factory. Uffa Fox dusted off the Sea Swallow design and replaced it with the name Firefly in order to name it after the Fairey aircraft.

The mass production techniques were refined: now the hulls and decks were moulded separately from pre-cut parts on assembly lines. The assembled hulls were placed in autoclaves where they were heated and pressurised. Once the deck was fitted the completed dinghy was strong enough not to need any additional frames. It was also completely leak -free. Early boats were built from laminates of birch ply, left over from the stocks used to build Horsa gliders. The mast, built by Reynolds, was aluminium alloy with the top section made from spruce.

A number of modifications have been made to the class over the years including construction in GRP in 1968, and the introduction of a one piece rotating mast by Proctors in 1970. Despite the introduction of plastics to replace ply moulded boats, it is a testament to their build quality that there are still many wooden boats racing regularly.

The Firefly was one of the first production dinghies ever built in large numbers, long before the days of glass reinforced plastic boats, and there is no doubt that it put dinghy sailing within financial reach of many people – the initial cost of a boat was £65. The first four were bought by Sir Geoffrey Loules, commodore of Itchenor Sailing Club, which he named Fe, Fi, Fo and Fum. The boat was also considered to be sufficiently competitive enough to be selected for the single handed class in the 1948 Olympics, although it was replaced in 1952 by the Finn.