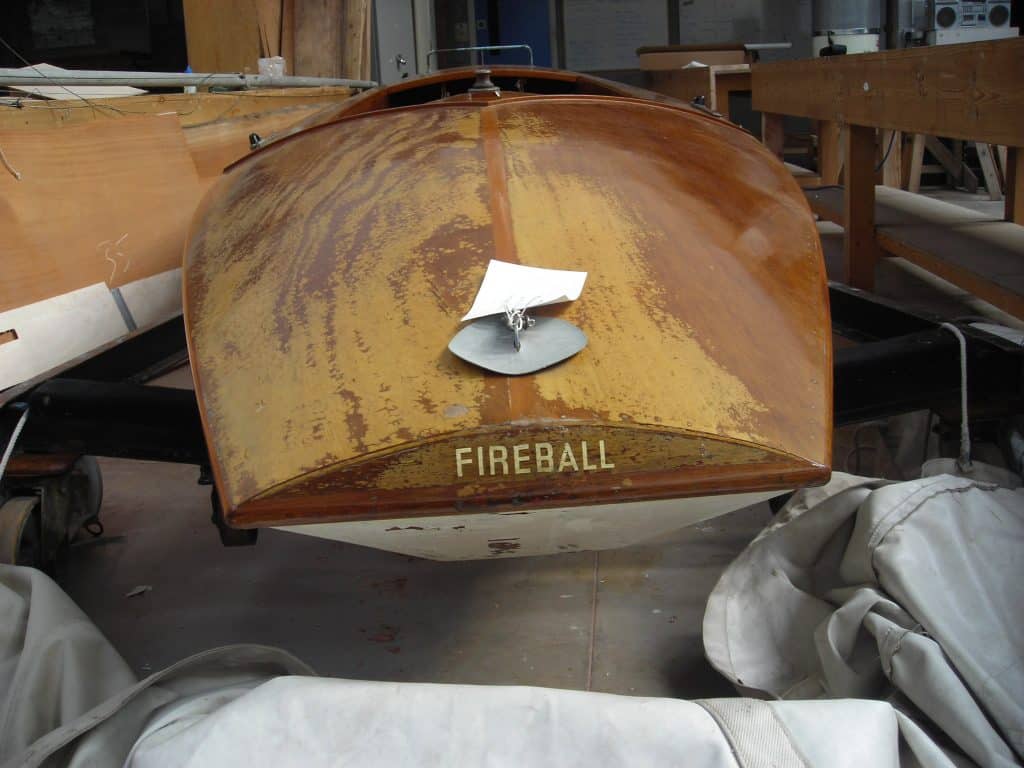 An important piece of dinghy sailing history – the Fireball Dinghy prototype – has been added to the museum’s collection. Although we have featured the Fireball in these pages previously, we felt this boat to be important enough to cover it again.

In 1962 Norris Brothers, a pioneering engineering company based in Hayward’s Heath, Sussex, was working closely with Donald Campbell on the Bluebird project.

The company also employed Peter Milne, who developed the design for the Fireball during his time with them. Milne went on to design over 40 types of racing dinghies and cruisers, in addition to working for a time as the technical editor of Yachting World, but is probably best remembered for the Fireball.

Fireball was marketed through Norris Brothers and became very successful, with over 15,000 boats being registered. Due to clever design features, such as plywood construction and an uncomplicated scow shape, it was capable of being built by both amateurs and professionals. Peter Milne had designed a boat with outstanding performance, yet within the financial means of a huge potential market.

Norris Brothers also went on to design Bluebird Jetstar, a water-jet powered ski boat, which was to be marketed at the 1967 London Boat Show imediately after Campbell’s success in claiming the world water speed record. Because of the Bluebird crash and Campbell’s death, Jetstar never really made the big time, but several were built and sold.

One of the Norris brothers, Lew, died in February 2009 and the Fireball prototype was offered to the Museum. Our picture, believed to have been taken during Fireball’s 25th anniversary celebrations, shows Lew Norris standing next to the boat.