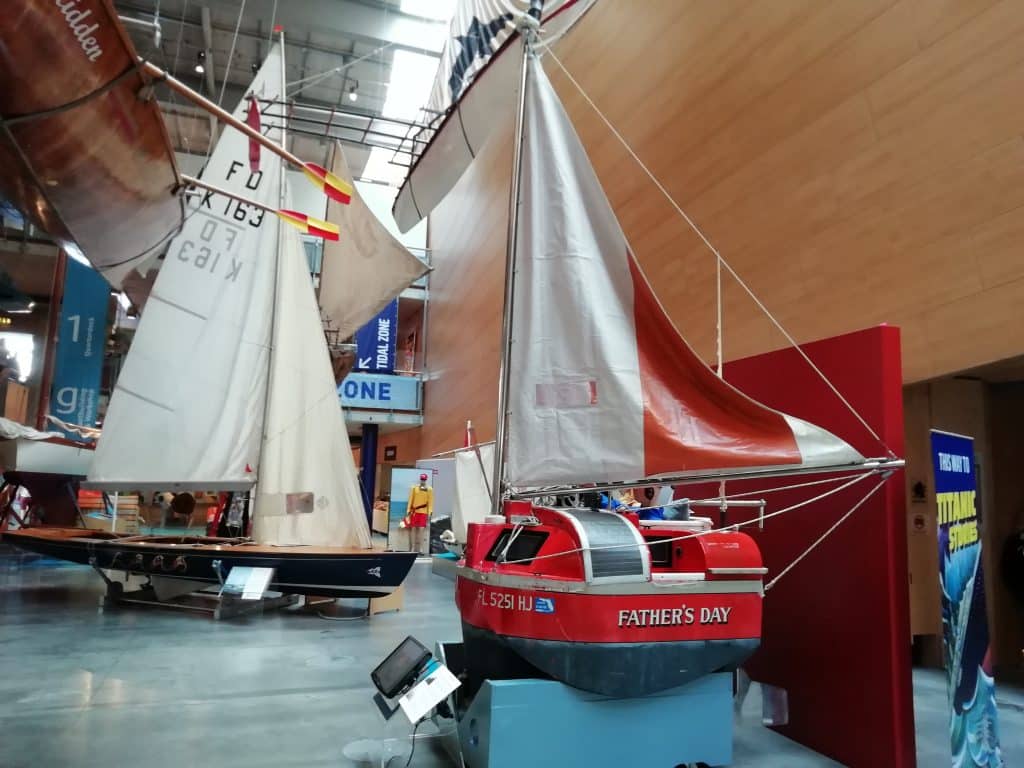 Others have also made that perilous crossing – the difference with Hugo’s achievement was that he made it in the smallest boat, measuring 5ft 4inches.

A Korean War fighter pilot and former Delta Airlines Captain, Vihlen previously made an 85 day crossing in 1968 in what was then the smallest boat to have made the journey, the 5ft 11inch sailing boat April Fool. To Hugo’s dismay his arch rival Tom McNally seized the World Record in 1993 by making the Atlantic crossing in in a 5ft 4½inch boat.

Determined to reclaim the record Hugo set out alone later that same year to cross the Atlantic from Newfoundland to Falmouth, having been banned from launching in the United States by the Coastguard, who declared his boat unsafe. This time he was in his plywood and fibreglass vessel Father’s Day, his second home-built boat, which was half an inch shorter than McNally’s.

During the crossing he had to sleep on his back with his knees bent: he woke every hour to check his heading and general sailing conditions, as a consequence of which he never drifted more than 10 miles off course. After facing everything the Atlantic could throw at him, and some close encounters with large ships, Hugo arrived in Falmouth 105 days later. He could hardly walk, having been unable to stretch out properly in his tiny craft, and he had lost 34 pounds in weight, but he had recaptured his record. Later he commented that there were times when he thought he would never see his wife and family again.

His reception on arrival in Falmouth was hardly a hero’s welcome. One of the waiting journalists found him a pasty to eat while his boat was towed to a local yacht club. When the party arrived at the yacht club for a celebration tea they found it closed as he wasn’t expected, so a member of the public produced a bottle of champagne to toast his success.

Father’s Day was donated to the Museum in 2006 and is now a part of the Boat Collection. 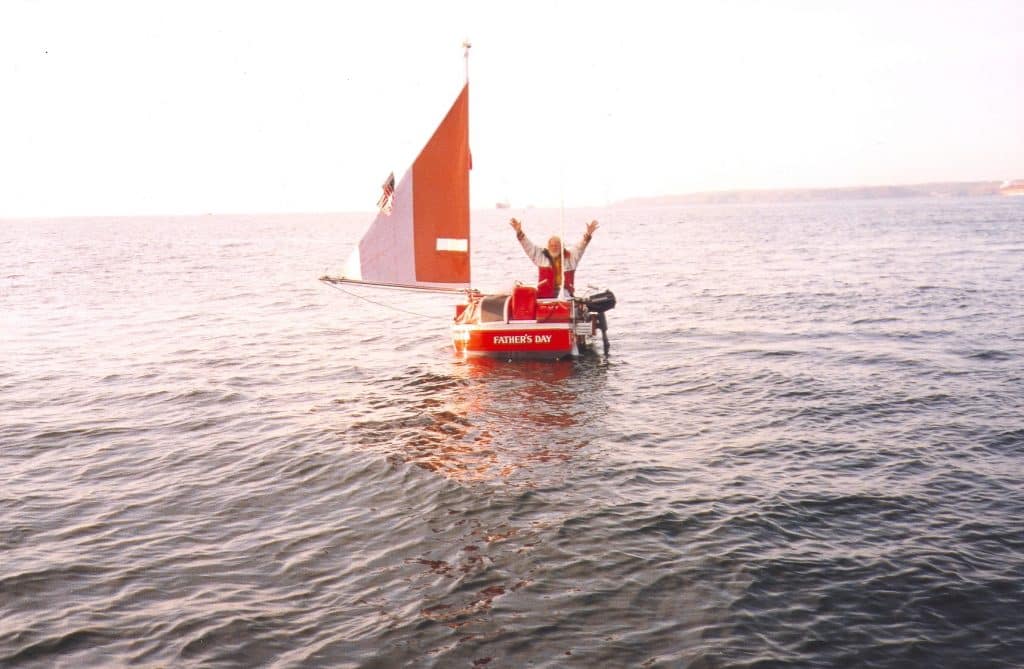