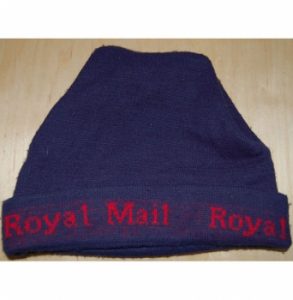 In 2003 British Explorer Pen Hadow became the first person in history to walk solo and unsupported to the North Pole. He dragged his entire supplies including all his food, clothing and shelter with him 480 miles across the floating, disintegrating sea ice of the Arctic Ocean from the Canadian coast. His sledge weighed 19 stone and his journey took him 64 days, averaging 7.5 miles a day.

There were severe restraints on what Pen could take with him; only the bare essentials for survival and a few small precious items to remind him of home. Everything had to be dragged by hand so Pen could not afford to take anything he didn’t need.

Curiously, one item he chose to take was a woolly hat given to him by his postman. Pen explains: “I took the hat because quite simply it amused me. I liked the idea that I could take anything I wanted – no one else’s decision – and chose to take Ian’s hat because for years he always used to ask how I was getting on with my plans! He was a representative of the many who followed my dream. He would do all sorts of small favours for us, given we lived in a remote spot on central Dartmoor. He was a good man, representing the added value service postman traditionally used to do. He was an integral thread in the fabric of our lives up on the moor that contributed to making living there something special.

I think he did give the hat to me to wear in the Arctic, but never would have been so forward as to have suggested I take it on my journey to the Pole. If he had, I doubt I’d have taken it. I never had a photo of me wearing it up there, sadly. But it stayed in my spare clothes bag in my sledge throughout the journey.

I never told him I had taken it. And when I got back, he had been re-assigned to a new round. And life was so manic on my return, I never got round to tracking him down. I think the Tavistock PO team know of his whereabouts…”

Pen Hadow’s postman’s hat will be on display in our On Thin Ice exhibition from 8 April to 9 October 2011.

A Packet Captain’s telescope
A Royal seal of approval: 350 years of Falmouth