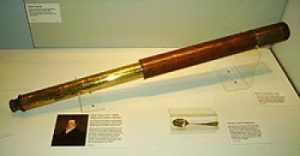 By the end of the 17th Century, the needs of trade and colonial expansion had made a reliable overseas mail service essential for Britain.

In 1689, Falmouth was chosen as the base for a scheduled Government mail route to Spain, and other routes soon followed. By the early 1800s, there were a fleet of around 40 Packet ships operating from Falmouth.

The Packet Ships mainly sailed throughout the Atlantic, carrying mail to Britain’s growing empire. Falmouth was chosen as the home port for the service as it was the most westerly large port in the country. Square-sailed ships leaving from further east might find themselves stuck in the English Channel for long periods if the winds were contrary. Starting from Falmouth gave captains more sea-room and thus easier starts to their voyages.

Their task was a vital one as they carried dispatches, mail, bullion and passengers to places such as Brazil, Lisbon, the Mediterranean, North America and the West Indies; their role in sustaining commercial and diplomatic interests remains unquestionable.

John Tilly (1775-1843) was the eldest of six brothers from Penryn, all of whom were involved in either the Packet service or in the Royal Navy. After retiring from the Navy in c.1810, John Tilly became Commander of the Packets Adventure and, later, Fox. He later became Captain of the Packet Camden and was eventually succeeded in this role by his brother Charles. The Camden was the one of the last of the civil packets employed in the service, being sold out in 1837.

This Dolland “Day and Night” marine telescope, dating from c.1820, is reputed to have been used by John Tilly on the Packet Camden.

This telescope is currently on display in the Falmouth Gallery and is on loan from John Tilly’s Great Great Great Grandson from Hartlepool, where the family is now based.

A new era is born
A Polar Postman’s hat