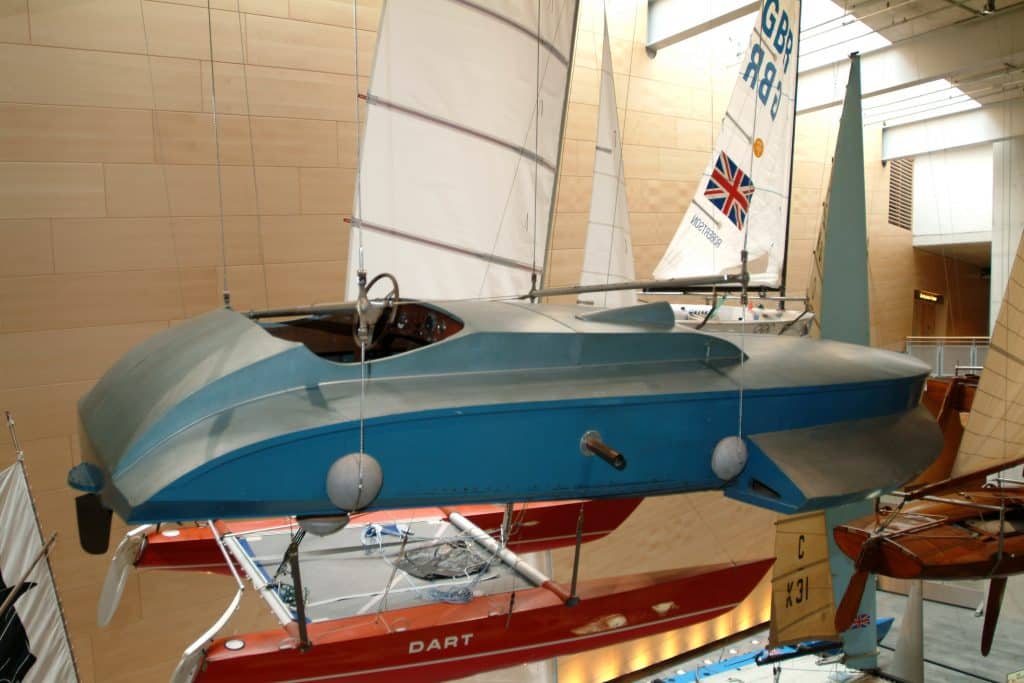 The early 20th century was a time when the need for speed was constantly being challenged, whether on land, in the air or on water.

Motorboats were getting faster, and sedate chugging about on the water was becoming boring. Hulls became narrower to minimise drag, then came a new type of craft.

This type of boat was known as a ‘Three Pointer’, a design that was developed by the Ventnor Boat Works, Atlantic City, New Jersey, USA. In the 1930s the company’s designer, Adolf E Apel, was asked to design a suicide boat for the Chinese Government with the design brief of being able to reach speeds of 50-60 mph carrying a 500lb bomb. In the initial stages of design there was a problem with stability so a pair of Ventnor water skis were added either side of the hull proving a great success. These were permanently built into the hull as more recognisable sponsons. The hull had a v-shaped sponson on either side designed to lift the hull out of the water as well as to provide stability; hence the name ‘Three Pointers’ which derives from the points of contact with the water, i.e. two sponsons and the propeller.

Built from spruce covered plywood, Blue Ace was powered by a 4 litre 175hp Lycoming Ventnor engine and, unofficially, reached speeds of over 100 mph. It was in this boat that Harold C Notley established several world water speed and endurance records during 1937-8 on the measured mile course at Poole. The two records were 1 mile at a speed of 67.3 mph and 24 miles at a speed of 54.75 mph.

After the Second World War the whereabouts of Blue Ace were not known, however subsequently she was discovered by Sir Donald Campbell in the Lake District and used by him as a fast tender for his Bluebird record attempts. She was largely rebuilt by Campbell and his mechanics, but the original engine is still fitted.

In the 1970s Blue Ace was bequeathed to the National Maritime Museum, London, and subsequently she found her way to us in Cornwall.

Ben Ainslie’s Finn “Rita”
‘With courage nothing is impossible’