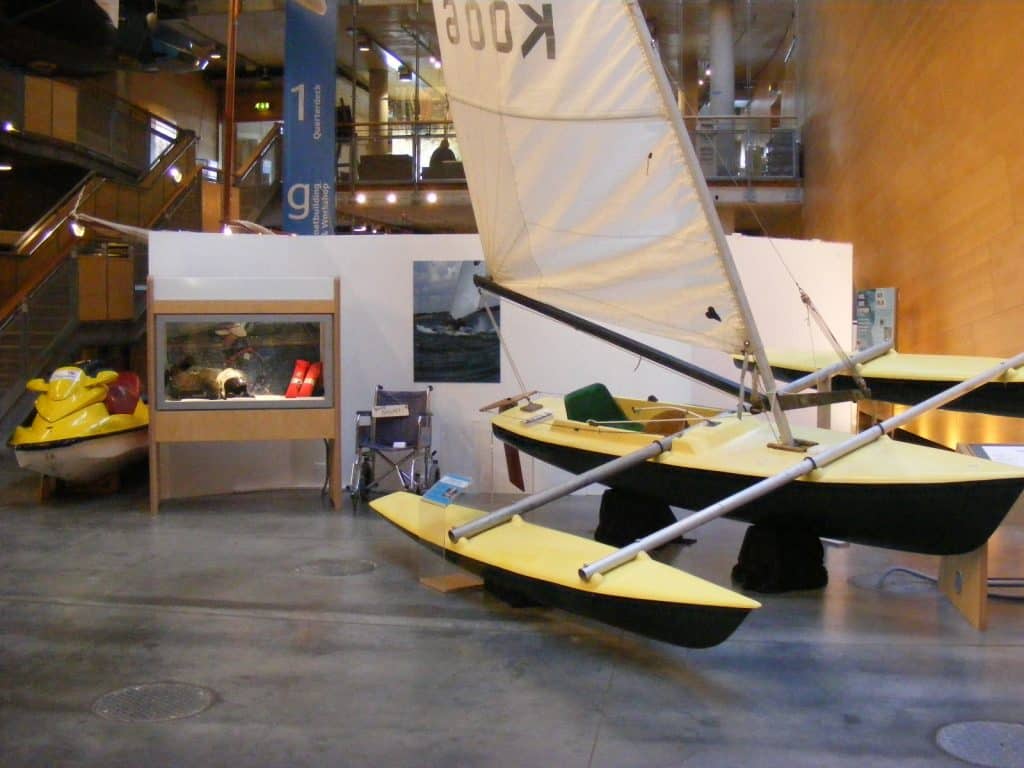 The Challenger Class Association is a charity that represents the interests of sailors with disabilities – people who want an outdoor life coupled with an adventure sport that is demanding and can be played on equal terms with able-bodied competitors.

Sailing is one of the few sports to provide that equality: the wind and the waves are the same for everyone, as are the skills needed to race a yacht or a dinghy.

The Challenger Trimaran has been specially developed with the aim of allowing disabled people to achieve their sailing goals. It was the brainchild of Diana Campbell who, from the age of seven, had been confined to a wheelchair.

Diana developed a passion for sailing and bought a catamaran at the age of sixteen. From this background came the idea of a purpose-built boat for disabled people. In 1979 Diana and yacht designer Rod McAlpine Downey collaborated to create a stable, seaworthy craft that was fast and fun to sail.

The first boat, sponsored by British Petroleum and the Royal Yachting Association Seamanship Foundation, was built in 1980 by Cheesman Rollo and delivered to the disabled section of the Oxford Sailing Club. 10 years later the MkII was produced by Reg White in Brightlingsea.

The Challenger has been a racing class since the first days of its development. There is an active national regatta circuit where sailors from across the UK meet at different venues to compete. Most boats are bought through fundraising activities and there are often as many helpers as sailors, as help is needed to rig and launch the boats.

Sailing can make big physical and mental demands on those taking part. Despite these difficulties disabled sailors have achieved some remarkable goals. In 2007 Geoff Holt, a quadriplegic, sailing a Challenger, became the first disabled person to circumnavigate the British Isles, braving some horrendous weather conditions on the way.

Challenger No1 was presented to the Museum by the Challenger Class Association in 2007.