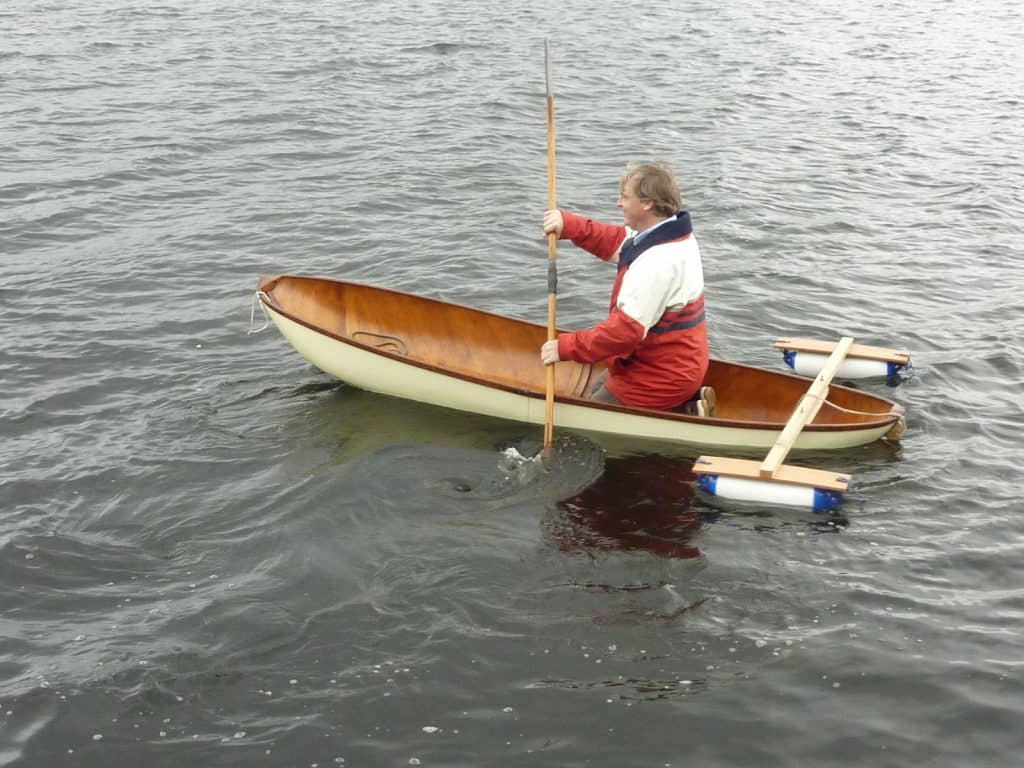 In the years following the Second World War, as rising living standards and increased leisure time led to an expansion in leisure boating, Fairey Marine was an important player.

Employing and developing techniques used in the production of wartime aircraft, Fairey Marine produced a number of widely varied craft, from the Firefly dinghies used in the 1948 Olympics through to the offshore power boats used in the period 1958 to 1975.

The Pixie is one of their less well known craft and only two are known to be still in existence. Made from hot-moulded plywood it was offered in two sizes, at 7ft 8in in length as a single seater, and at 10ft as a two seater. Constructed in two parts, joined together with a rubber gasket and quick release clips; this made it compact enough to fit into a car’s boot. Bow and stern buoyancy bags came as standard and a surfing cover was available.

The Pixie was intended to be a multi-purpose craft to enable people to get afloat on a budget and, according to the firms literature, was suitable for rowing, paddling, and surfing. The manufacturers advertised it as being stable and “the ideal holiday craft for beginners and children”, however owners described it as “alarmingly unstable” and some resorted to fashioning home-made outrigger sponsons to improve stability.