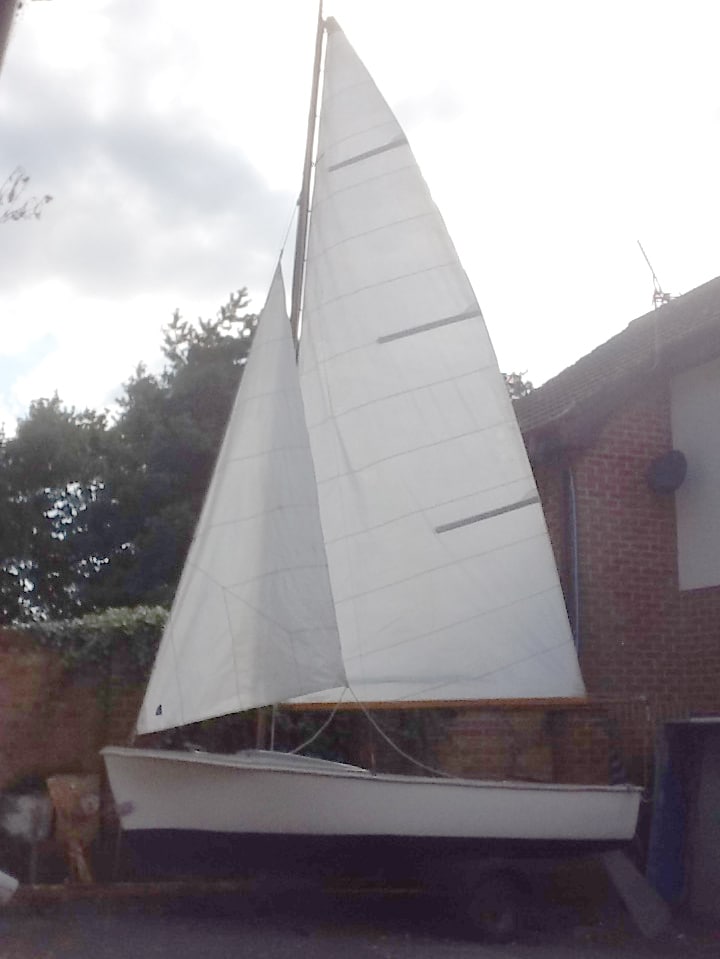 The use of glass reinforced plastic for boatbuilding began in the USA in the early 1940s, with the first GRP dinghy produced in 1942 and reportedly thousands of small GRP boats had been produced by the late 1940s.

In Europe, however, despite wartime shortages of other materials, it was still to be some years before this revolutionary technique impacted on the marine industry.

The pioneer, and first to capitalise on the opportunities offered by the new material and construction techniques was the Weymouth based boat builder W & J Tod Ltd. Tods had been manufacturing small, craftsman built, wooden boats in a range of designs from the early twentieth century so already had a long history and pedigree in boat building. In 1949 news of the use of GRP in boat construction reached Tods, who immediately saw the potential and, following several costly experiments, produced the first European GRP boat in 1950, a 12ft dinghy, designed to be suitable for rowing, motoring, or sailing, the latter offered with lug, gunter, or Bermudan rig. The museum’s example, from the early 1950s, has the Bermudan rig.

It is interesting, in the light of over half a century’s experience of GRP, how optimistic were the early hopes surrounding this new material for use in boat building. Certainly compared to wood with its vulnerability to borers and the necessity for each boat to be effectively a one-off, GRP offered considerable advantages, whilst the use of moulds allowed mass manufacture and lowered prices considerably bringing boating within the reach of many. Nevertheless the claims from Tod’s early 1950’s advertising brochures that the new material was “stronger than steel”, “will not absorb water”, and that damage could be “readily repaired without special skill or tools” were perhaps a trifle over-optimistic.

Such cavils, aside, however, GRP has more than proved its worth both in boat building and in a multitude of other applications. Quite soon after their early experiments with GRP; Tods Boatbuilders themselves soon suspended all production in wood, clearly recognising where the future lay, and concentrated on GRP manufacture, before moving out of boat production altogether in 1972.