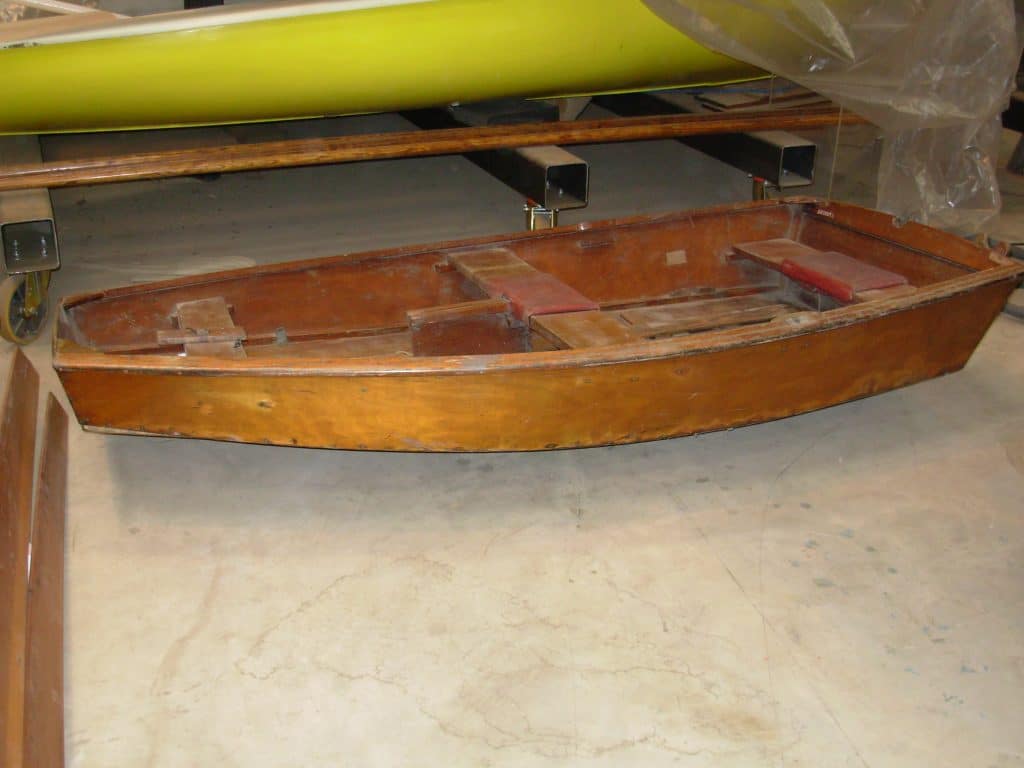 Conceived by the then well-known dinghy designer Percy Blandford the Gremlin was, in the words of themagazine Light craft which marketed the plans, “designed primarily for the man who wants a boat but has very little money, time and space to devote to the project.

The boat can be lifted singlehanded and comfortably by two boys, and will travel on the roof of the smallest car”. It was designed to be cut from sheets of plywood without the need for any joins.

The prototype appeared at the 1957 Earls Court boat show and was sold for 15 pounds 10 shillings as a kit, or less if the rowing only version was required. This general purpose pram like dinghy was the precursor of other DIY dinghies such as the Goblin, Cadet, and the Mirror.