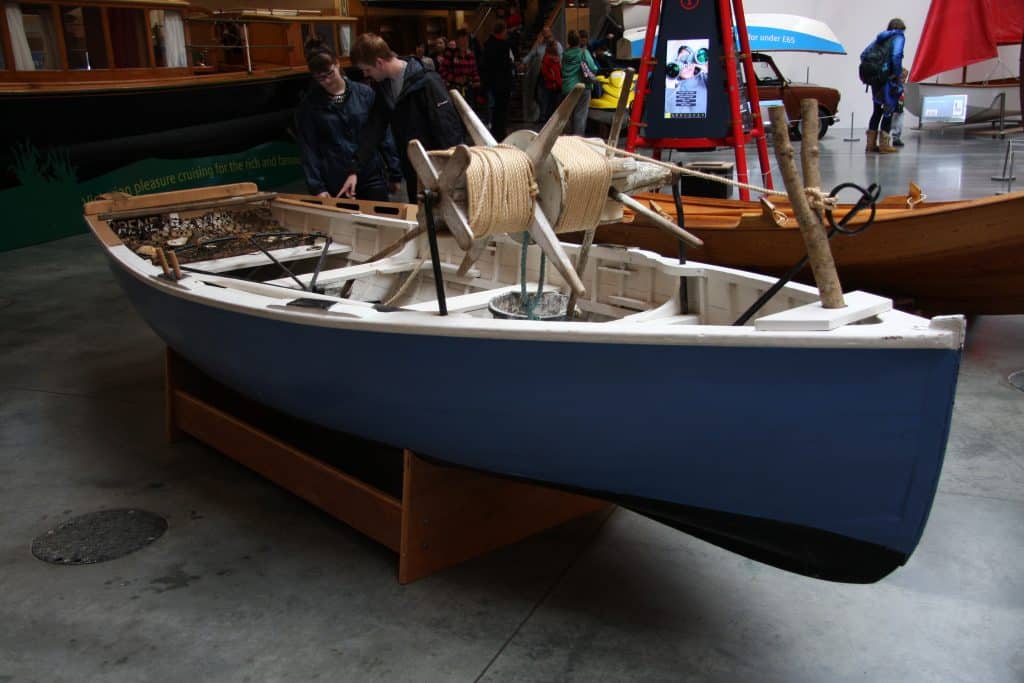 The rights of individuals to collect oysters from the waters around Falmouth have been exercised since at least the late 16th century, and boats equipped with similar dredging gear to Irene’s have appeared in paintings dating back to that period.

During the mid 19th century over fishing led to a scarcity of oysters in the South East of the country, hence a sharp increase in their price. The result was that not only professional fisherman came in droves to Falmouth, but men from other trades who were attracted by the high returns. On a fine day up to 200 boats could be seen oyster dredging, and undoubtedly boats similar to Irene would have been in their midst.

Commercial oyster dredging continues on a greatly reduced scale, but some things have not changed, notably the bye-law forbidding the removal of oysters by engine powered craft. This means that the oyster fishermen today use techniques and equipment that have remained largely unchanged for hundreds of years.

Irene is a typical example of a haul tow punt, and it’s probable that her plans were never drawn on paper. It’s more likely that her shape and dimensions would have been agreed upon using the builder’s and owner’s skills and experience. With a single handed crew, such a boat would need to be light, easy to row, and stable, particularly when loaded with sacks of oysters. Although Irene is a wooden boat, glassfibre (GRP) versions of these punts are still being built and used today.

The haul-tow technique consists of rowing the punt to the required position over the oyster beds and then dropping the anchor. The boat is rowed back over the beds on a long anchor line of at least 100 metres, the line paying out over a winding drum. The dredge is dropped and the boat is wound forwards on its anchor rope until it once again reaches the anchor. The dredge is hauled over the stern of the boat for the catch to be sorted.