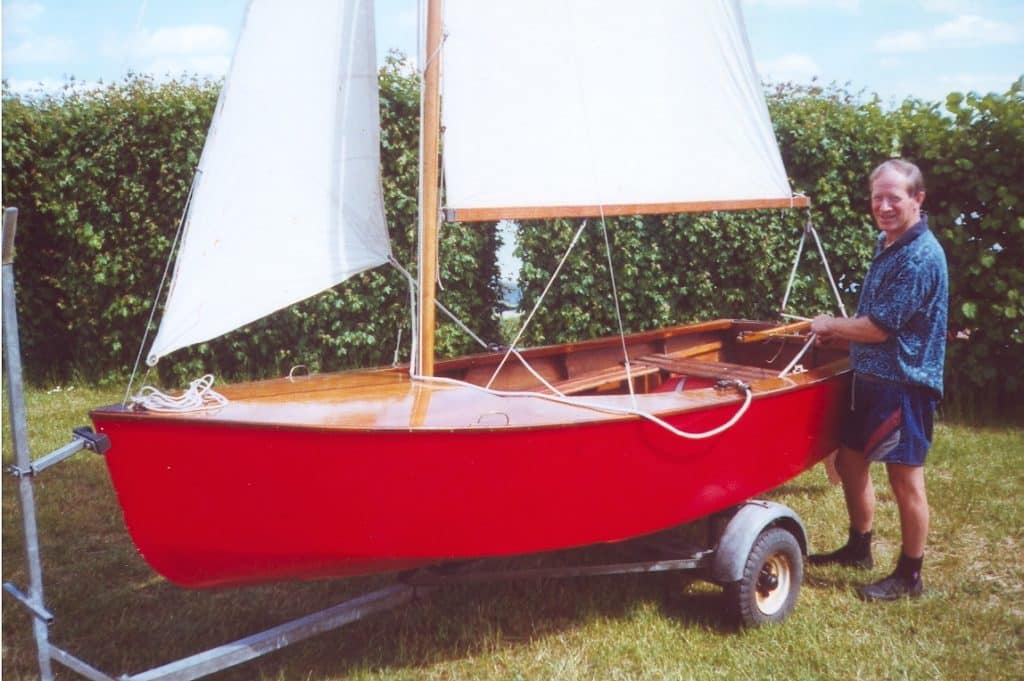 Designed by Jack Holt in 1950, the Heron is still popular today with ownership worldwide now in excess of 10,000.

In the immediate post war years people began taking to the water in greater numbers than they ever had before and, by utilising wartime technology, boat developers were able to provide a new range of affordable dinghies.

Flook is a Heron (Cartop) Dinghy inspired by ‘Yachting World’. The success of the ‘Yachting World’ G.P.14 proved that there was demand for a hard chine plywood skinned boat, designed for amateur construction. But many people that wanted to sail lived away from the coast and as the G.P.14 needed a trailer to move it around it proved additionally expensive. What was needed was a boat that could be carried on top of the average small car (then of approximately 10 h.p. and upwards), but also be capable of comfortably holding two adults and two children. A further development saw a clever feature that allowed eyebolts purposefully designed to screw into the keel to be fitted and, if the owner had a tall enough garage, it could be simply winched up by means of two small tackles straight from the car roof into the ceiling of the garage for storage.

The Heron was a small knockabout dinghy designed to fill the gap between the cadet and the G.P.14 , she could be rowed, sailed or even driven by a small outboard motor and is still enjoyed by many today although they are now available in GRP in addition to traditional wood.

Jack Holt had previously produced two hard chine boats with superb sailing qualities as well as the ‘Yachting World’ Cadet and the ‘Yachting World’ G.P.14. In addition to the Heron other Jack Holt designed boats include the Mirror dinghy (No.1 is in on show in the Museum), International Enterprise, British Moth, Solo, Hornet, Flying Ten, Lazy E, Prelude, Streaker and many more.