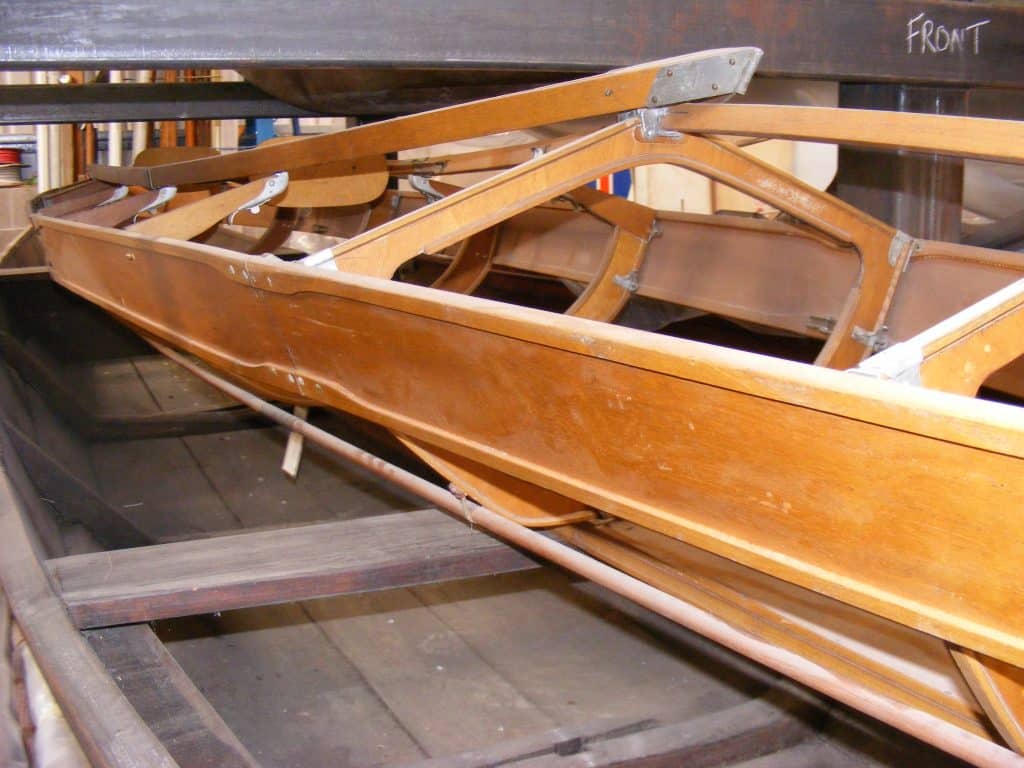 So all the more remarkable is the longevity of the German company, Klepper, which has been producing folding kayaks for over 100 years.

In the early years of the twentieth century an architectural student, Alfred Heurich, developed and patented a folding canoe (more properly a kayak) based on a bamboo frame and sail cloth skin which could be transported in two bags and which he paddled on the rivers of his native Germany. In 1905 Johann Klepper, a tailor by trade, bought the patent and began production, successfully pioneering methods of mass production and mass marketing.

More than a hundred years later Klepper folding kayaks are still in production and regarded by many as the high point of kayak design. Such has been the success of the concept that one model, the Aerius, has been in production ever since 1951 and, although some aspects of the design have been updated, modern examples are still recognisably the descendants of their forbears. Klepper offer spare parts and servicing for all models produced since 1951.

The design is based on a wooden folding frame with patented aluminium fasteners, typically with solid bow and stern pieces, and a series of ribs and stringers, over which is stretched a pliable skin. Some proponents believe that the hull flexibility this offers, compared to a hard shell design, leads to advantages in use at sea, permitting more of the paddler’s efforts to be converted into forward motion.  Klepper have mostly stuck to using traditional materials so, in addition to the wooden frame, the hull is of proofed cotton although modern materials are used on the sole of the hull to resist abrasion. Recently however the company has begun offering carbon fibre frames for reduced weight.

The kayaks are designed to be truly multi-purpose, as equally at home on white water rivers as crossing oceans.  Some models incorporate air sponsons which, as well as stiffening the skin and increasing beam and buoyancy, also allow different hull shapes to be achieved for differing conditions.  All Klepper models are designed to be able to be sailed.  Although structurally similar to native North American designs, Kleppers forswear the upswept bow and stern usually seen on both traditional and modern hard shell sea kayaks.

Klepper kayaks, or more modern derivatives, have been used by armed forces around the world: they were used in the 1936 Olympics, and have also been on some of the most demanding sea kayaking expeditions, including Atlantic crossings. In 1928, in a customised 19’ Klepper model incorporating an outboard motor, Franz Romer crossed from Portugal to the Canary Islands, and then on to the Virgin Islands, before being lost at sea in a hurricane off Cape Hatteras.  In 1956, using a two seater sailing Aerius II model, Hannes Lindemann crossed the Atlantic from the Canary Islands to St. Martin in 72 days totally unsupported, researching survival techniques as he went.  Other expeditions to use Kleppers have involved circumnavigations of Cape Horn and Australia.

Although a number of other producers have adopted broadly similar approaches to kayak design, many using modern materials, and one even incorporating hydraulic rams to control hull shape, Klepper kayaks retain a leading place in this niche market.