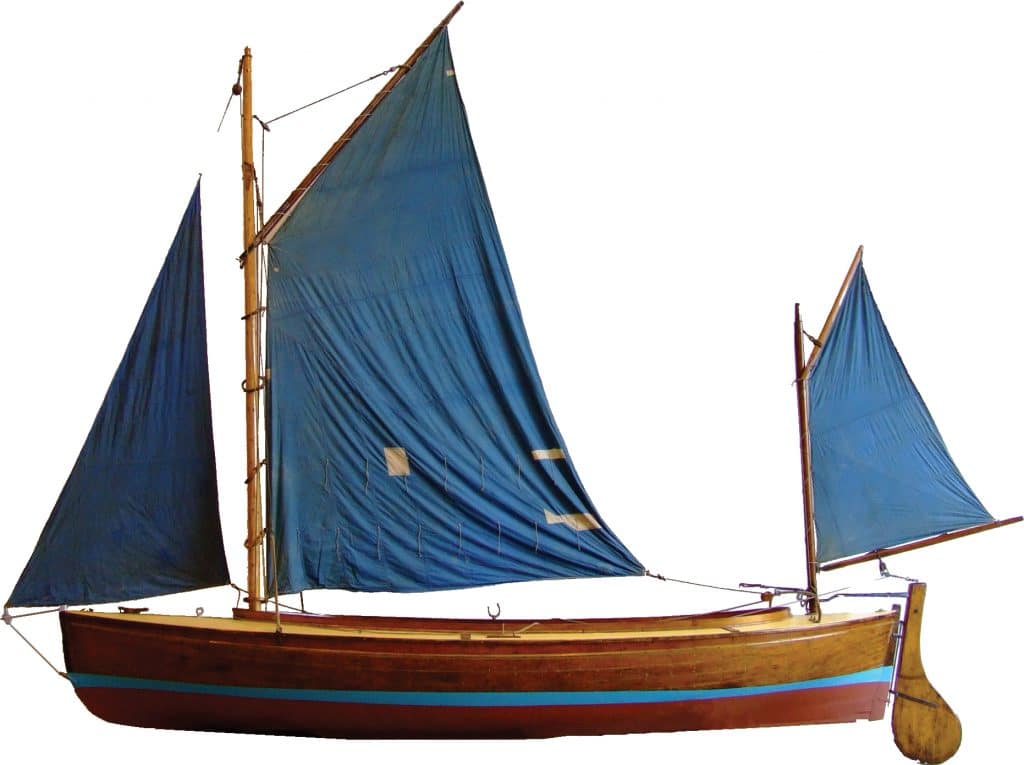 The Victorian yachting era existed in an age when being part of the “set” required a large bank balance.

In return its participants enjoyed a position in society which others only dreamed of. One small boat born into these elegant times was Gweneve, a rich man’s gift to his daughters.

Gweneve was designed and built to be carried on board the 150ft, 98 ton steam yacht Joyeuse. She was commissioned by the owner, George Hamilton-Fletcher, (b.1860) as a gift for his daughters, Gwendoline and Eve. When the yacht was in port Gweneve was used by the girls for recreational sailing. However it was Gwendoline who really took the little boat to her heart, so much so that she kept and used Gweneve for 72 years, until donating her to the National Maritime Museum.

Gwendoline sailed Gweneve extensively, including a voyage from Poole to Southampton in 1923, quite an adventure in an 18ft open boat. During a holiday in the Scottish Isles, Gwendoline hired a boat there but wanted her own, so Gweneve was despatched by lorry to join the family.

Gweneve was built by Summers and Payne in 1899. She is a gaff rigged yawl, constructed of pine on oak frames. She has a simple, heavy hand operated iron centre plate, and has two elegant bronze rowlocks for rowing. Much of her ancillary equipment is original, and her sails are over 50 years old.