SigneT “Half Sovereign” – BC35 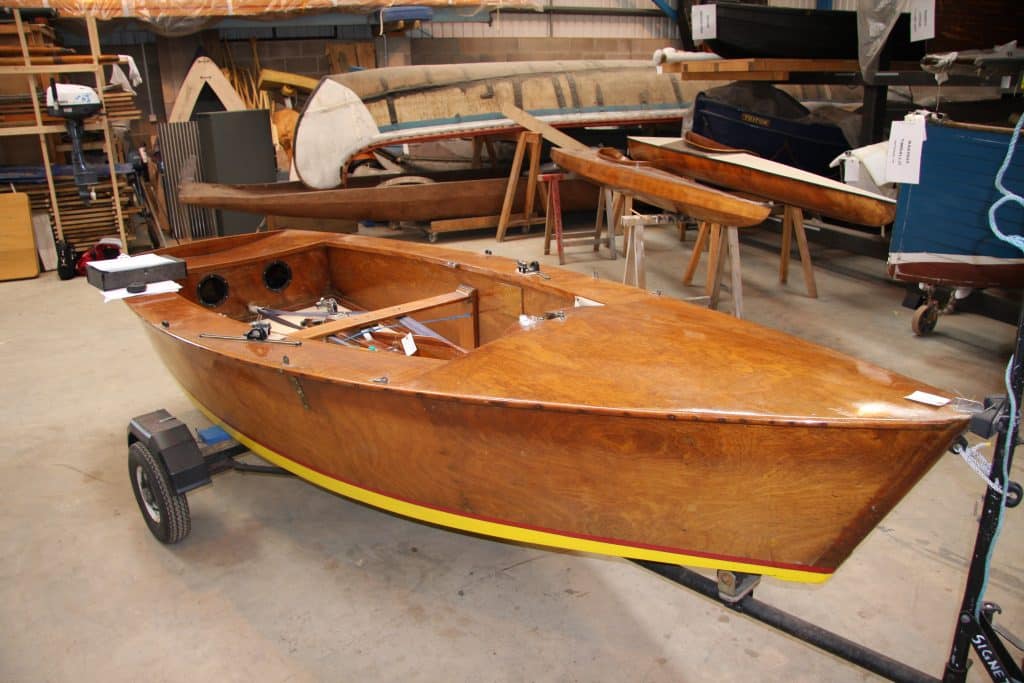 In 1961, at a time when dinghy sailing was hugely popular, the Sunday Times decided to sponsor a dinghy class of its own.

The prime object was, as usual, that the boat should be cheap and easy to build from a kit. It was intended to be a boat for the first time owner/sailor.

Secondary to cheapness was that the boat should have good performance and handling characteristics, and be suitable for crews of limited experience. Easy maintenance was also desirable, and so the SigneT (S and T of Sunday Times) was created by award winning designer Ian Proctor.

The plywood hull of the SigneT is completely flat bottomed and weighs only 150lbs but, due to carefully positioned bulkheads and buoyancy tanks, is extremely strong. The edge of one component panel gives curvature to its neighbouring panel, thereby simplifying construction techniques without complicated compound curves.

All the panels are joined by using screwed and glued battens and apparently the hull can be completed in pre-cut kit form in about 100 hours.

Proctor’s first prototype appears not to have been acceptable to its sponsors, but when prototype 2 was built it had more success. It was from this boat, recently donated to the Museum, that plans were created for another 900 boats. ST2 has been sailing since she was first built, and in 1962 she was sailed across the English Channel for publicity purposes. SigneTs are still being built today, professionally, in kit form or from the basic materials and a set of plans.