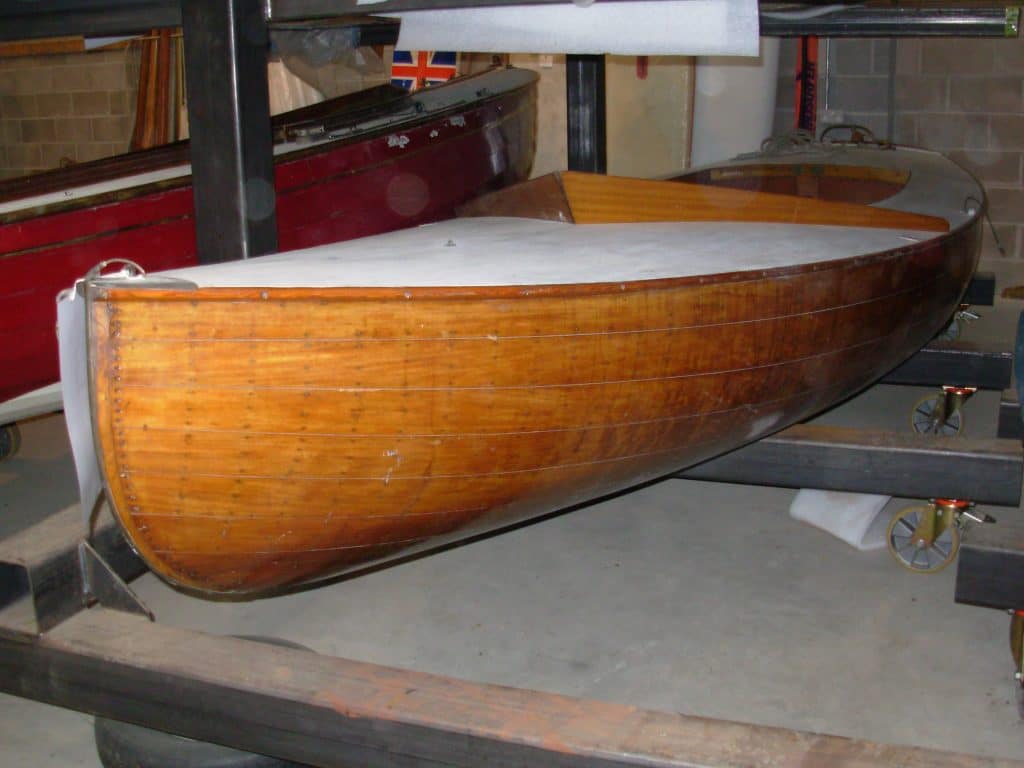 Articles in this series about the Flying Twenty and its more famous development, the Flying Fifteen, have described racing sailing boats developed in the last half century in response to the desire of sailors of more mature years for something exciting to sail yet which did not involve either the need to hike or get (too) wet.

Such sentiments have an even longer history, however…

In the late 1800s there were a number of developments around creating a uniform system of measurement and rating to allow boats of similar but slightly different designs to compete on even terms. In 1887 the Yacht Racing Association introduced its LSA (Length Sail Area) rule. Previous rules had focused on hull size but had ignored propulsive power but this rule brought sail area into the calculation for the first time. It also had the effect of ending the development of extreme designs developed to maximise advantage under the previous rule but which resulted in boats with very narrow beam and compromised stability.

In 1907 Linton Hope, a naval architect and yachting gold medallist at the 1900 Olympics, designed a prototype Half Rater (water line length of 15 feet and sail area of 200 square feet) which caused quite a stir in Edwardian sailing circles. Black Cap was an 18 foot (length overall) three quarter decked gunter rigged centreboard dinghy, built of mahogany carvel planking, copper fastened on spruce frames. As a fast and comfortable boat, relatively cheap to build, and ideal for inshore and inland sailing, she appealed to those of “more than average years for whom canoe sailing and snow hiking are becoming rather trying”, as a contemporary issue of Yachting and Boating Monthly magazine put it.

A number of the early Half Raters were sent to colonial India, notably the Malabar Yacht Club, whence 8 boats were sent to Rangoon in the early 1920s as the Rangoon Yacht Club was being formed. More boats found their way to Rangoon and by the outbreak of WWII there were 19 Half Raters there. As the invading Japanese armies approached most boats were sunk in lakes in order to keep them out of the hands of the invaders, from where they were mostly recovered and restored after the war, though not all 19 boats have been accounted for.

Black Cap, the prototype, however remained in the UK. She was raced on the upper Thames by her owner, Mr. H.C. Tower and in 1929 was acquired by Harry Scott-Freeman, oarsman, Olympic hockey gold medal winner, barrister, and the Commodore of Upper Thames Sailing Club based at Bourne End in Buckinghamshire for 40 years. Early in his ownership, Black Cap was converted to Bermudian rig, along with others of her type, with a lengthened mast and shorter boom. Over the years however she fell into disrepair.

To bring together the UK and Burma stories, in 1954 Lt. Col. Peter Waine, who had served in Burma and been deeply involved in developing Half Rater racing in Rangoon, returned to the UK and set about tracing Black Cap. He located her, in disrepair, at the Upper Thames Sailing Club and acquired her to set about a programme of restoration. In order to accomplish this he designed and built his own house and garage around the dimensions of Black Cap’s tall mast. There he spent over 1000 hours on her restoration, finally presenting her to the National Maritime Museum in 1983.

A number of sailing clubs on the upper Thames still race Thames A Raters, a development of the Half Raters, which, with their tall masts and large sail areas are still amongst the fastest boats regularly raced on this stretch of river.