Her Royal Highness, The Princess Royal, undertook an official visit to National Maritime Museum Cornwall today to celebrate the most ambitious exhibition in the Museum’s history, Monsters of the Deep: Science Fact and Fiction. 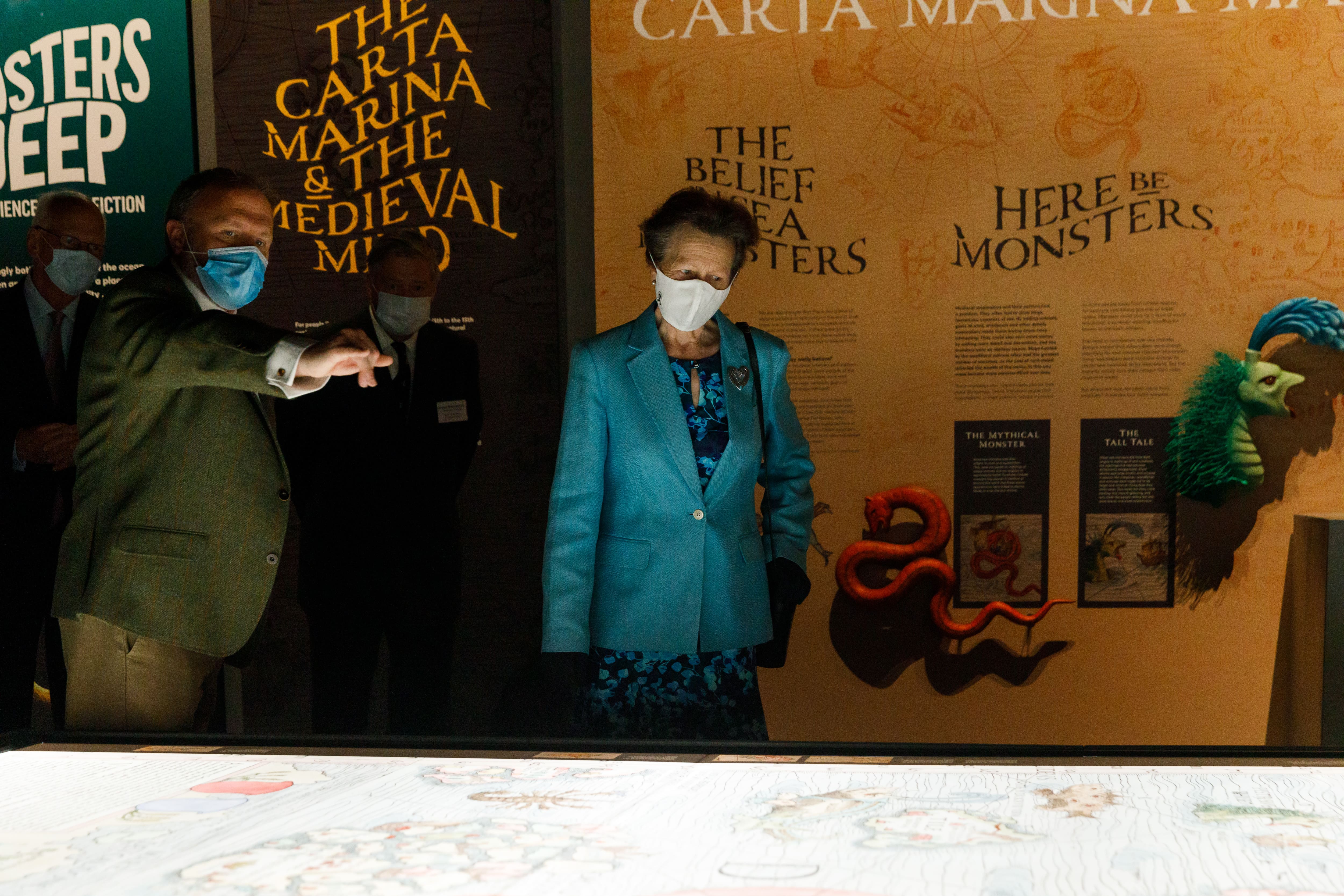 The Princess Royal was welcomed by Simon Sherrard, Chairman of Trustees and given a tour of Monsters of the Deep by Stuart Slade, Head of Public Programming. Her Royal Highness also met a selection of the Museum’s staff, volunteers and key contributors.

Monsters of the Deep explores the history of scientific exploration, set against our persistent fascination with sea monsters.  It showcases a number of internationally significant artefacts, including the Hortus Sanitatis, the world’s first natural history encyclopaedia, printed in 1491. Here The Princes Royal also had the chance to see rare maps and globes on loan from national museum collections.

Throughout the tour, Her Royal Highness was introduced to some of the arts, science and technology partners that helped create the new exhibition.

Parc Signs, local fabricators based in St Austell, informed The Princess Royal of their involvement, including the creation of a large scale big-top tent – an immersive experience where visitors take part in a ‘PT Barnum style’ side show and are introduced to ‘real’ mermaids.

Her Royal Highness was also introduced to some of the team from Kresen Kernow who have lent the Elerkey Estate Atlas for the exhibition. The Atlas depicts a mermaid just off Cornish shores. The Princess Royal learnt of the important partnership between the two organisations as well as National Maritime Museum Cornwall’s ambition to bring Cornish artefacts to larger audiences.

The Princess Royal met Dr Darren Naish, a leading zoologist, palaeontologist and Guest Curator for Monsters of the Deep. Dr Naish discussed his area of personal and academic interest – the story of cryptozoology and our fascination with unexplained and mystery monster sightings.

Professor Edward Hill and Dr Tammy Horton from National Oceanography Centre introduced The Princess Royal to a section called ‘Meet the Real Monsters of the Deep’ which features over 500 deep sea specimens and samples from their Discovery Collection, a globally important research collection  that enables scientists and oceanographers to expand  our understanding of the deepest parts of the ocean. 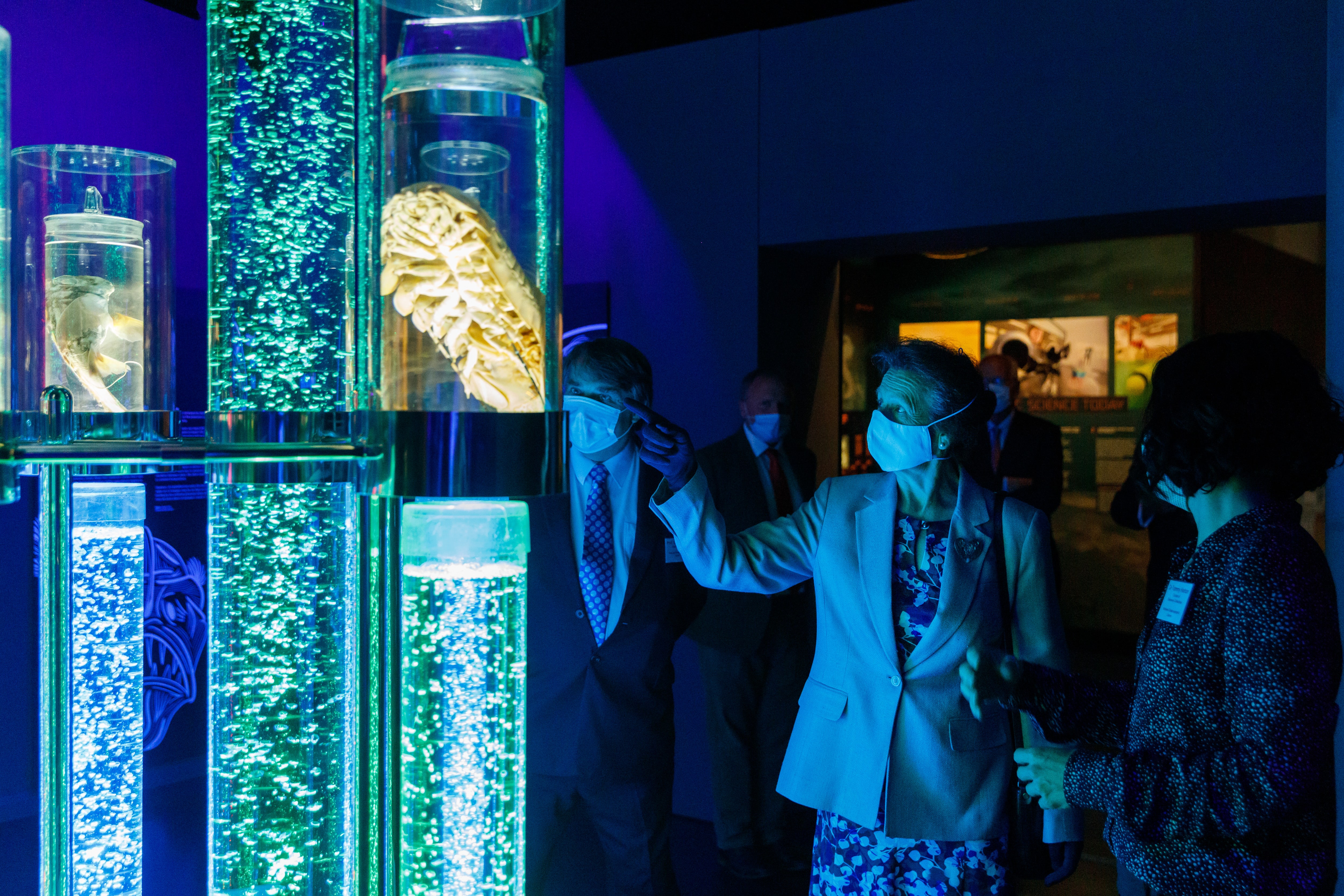 Originally due to open in March 2020, Monsters of the Deep opened in late July due to lockdown restrictions caused by Covid-19.

During the visit The Princess Royal also met the team responsible for the restoration of Emma, a 1912 steam launch from the Museum’s collection. A team made up of staff and volunteers have worked since last year to bring the boat back to its former glory and ready for sea trials in 2021. 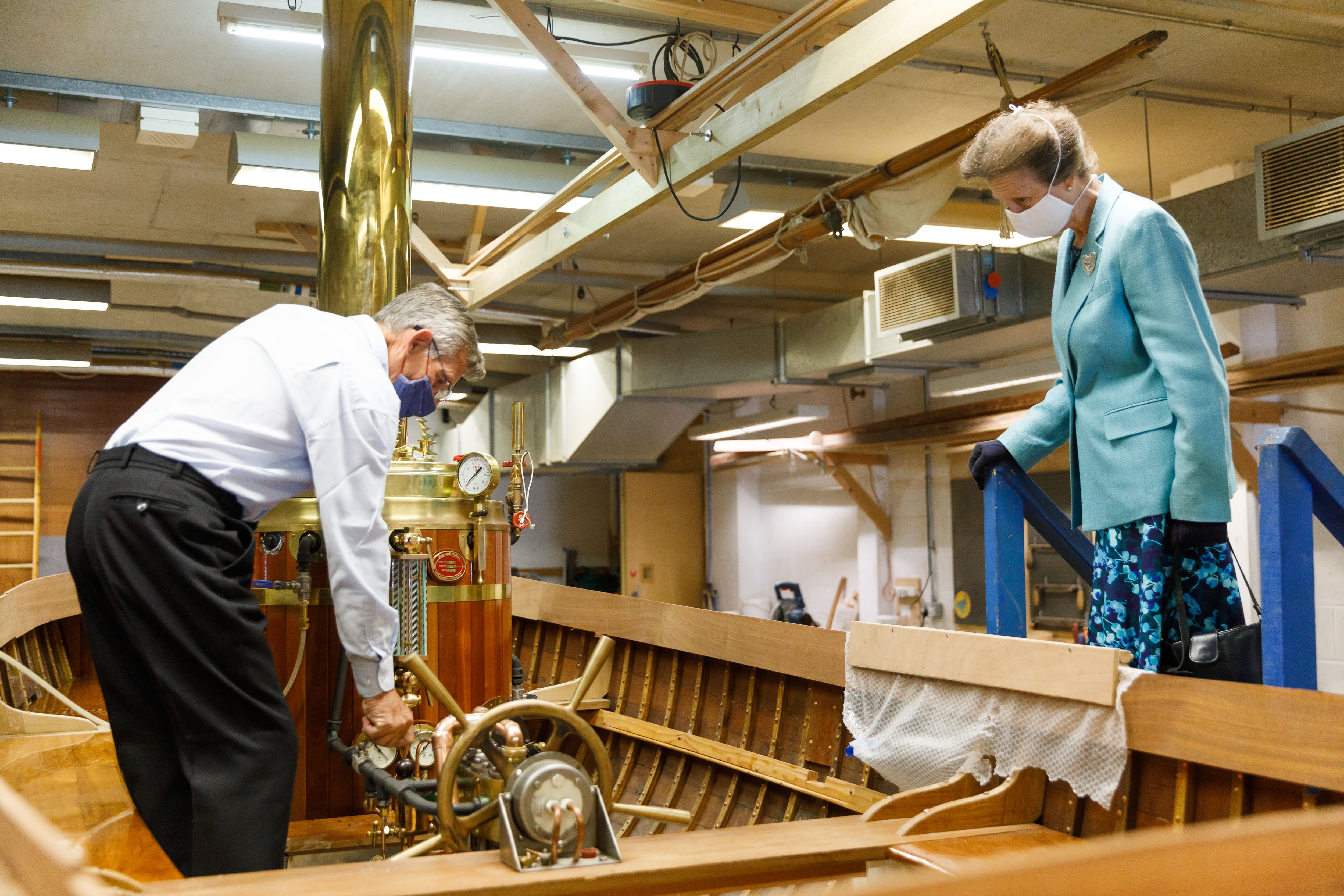 A small group, including staff, trustees and volunteers from the Museum were presented to Her Royal Highness, and highlighted their connection to the Museum and the vital work they do. 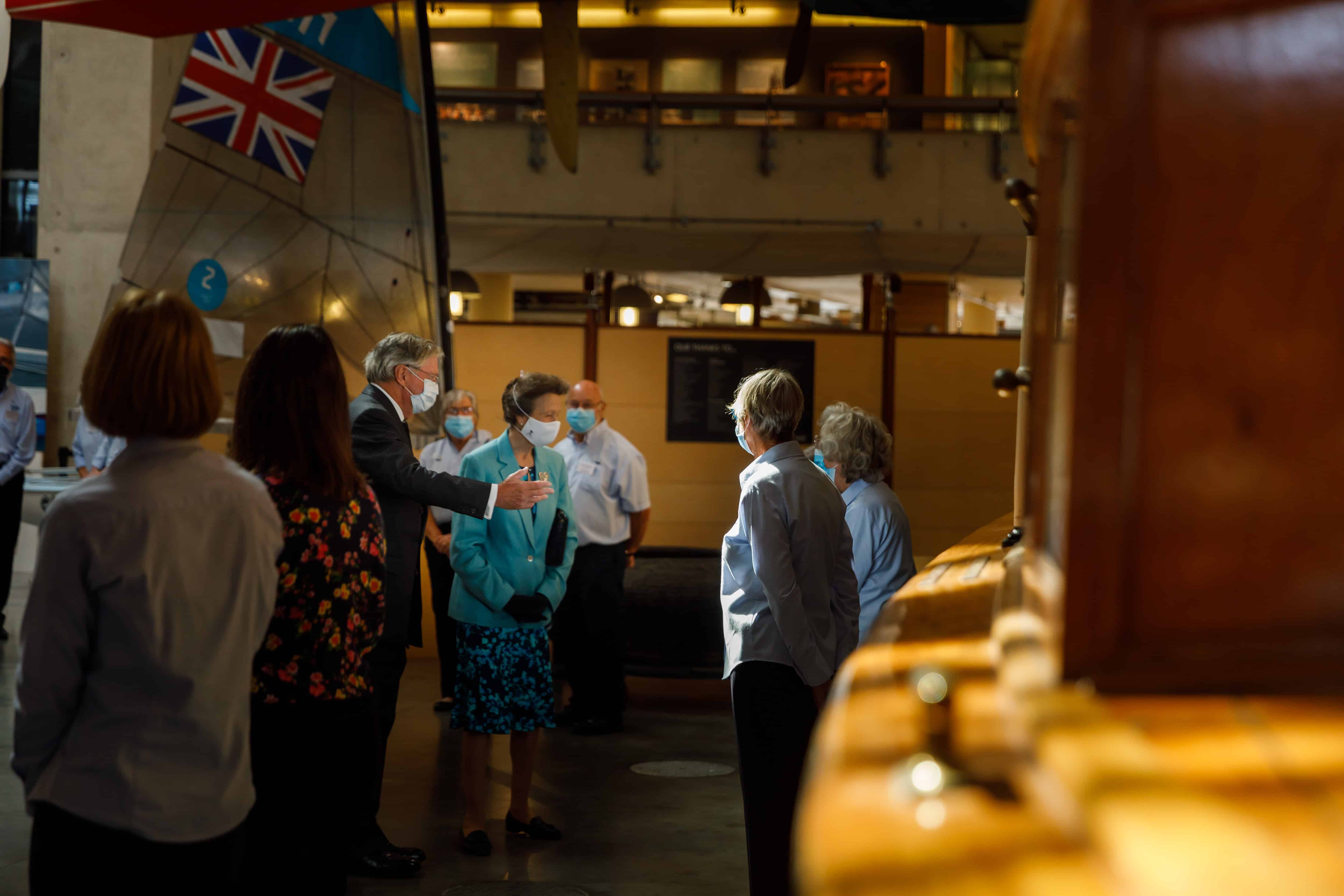 Mr Sherrard concluded, ‘Having Her Royal Highness here to see the quality of the work we do and the exhibitions we put on, and the important contribution this makes to the community, was a real honour.’